First off, I want to thank all those who attended my "Captured By The Light" Web-cast yesterday.  We had a few minor technical glitches with the simul-cast but those issues were resolved quickly and we were on or way to an exciting program for all of our attendees. 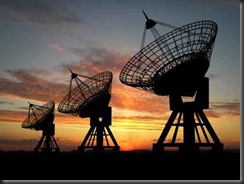 And speaking of attendees - in addition to several hundred attendees from the states, our audience was truly an international mix with folks signed in from Australia, Denmark, Singapore, Netherlands, Spain, Malaysia, Italy, Great Britain, Egypt, Canada, New Zealand, and many more countries. Once again, my sincere thanks to all those whom attended.

A few comments from those that attended:

"I really enjoyed David's webinar today - it was my first ever experience of such an event! It ran from 7am - 9am over here, which meant I then had to rush off to my office job immediately afterwards - what an anti-climax: all I wanted to do was grab my camera gear and go practice!"   S Vittori from Australia 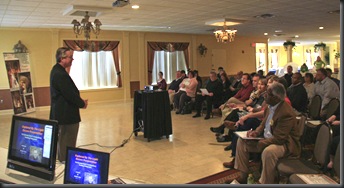 "Thank you!  It was awesome!"  S Callison

"Thanks for the FREE seminar. You rock David!"  K Pullen

"Hey I won the Animoto prize..wooHOOO!!!!!" Georgina from Florida.

I also want to thank all those that helped us pull off the first ever web-cast simul-cast here at DigitalProTalk.  There were a few moments that were touch and go, but once we got rolling, it was quite fun for me and, I hope, our web audience and live audience too.

Ace #1 Assistant, Nicholas Viltrakis, was my remote wing man for the presentation.  He was not on site, but at his home across town.  Being at his off site location, he could monitor the quality and rhythm of the presentation as all those on line were seeing the presentation.  Nicholas was also fielding several "one on one" questions for the web audience while I did the same for our studio audience.

Damien was my local wing man for the presentation and handled any technical glitches that popped up at our venue where the live studio audience was attending the program.

He was also in communication with Nicholas and the two of them did a great job of pulling the technical part of the program together.

LaDawn and Sharon set the room for our local broadcast.  We had banners and sample albums for our guests to view before and after the program.  My thanks to both of them to making our local audience feel welcome and at home. 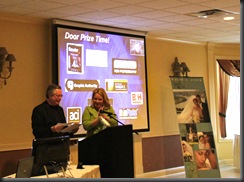 And finally, my thanks to our sponsors for their generous support of the show.  We gave away over $2,400 worth of door prizes.  I think that has to be a first!

Why We Did It

The whole point of doing the simul-cast yesterday was to see how it might work for future programming here at DigitalProTalk.  The goal of yesterday's program was to bring as much value to both our web and live audience as possible.  I think we accomplished that "in spades."

The program ran over 2 hours.  As a result, I got to delve deeper in some of the topics I wanted to cover and answer several questions from our live audience. I think the audience participation brought yet another level of excitement to the event.

Now the main question - would I do a "live" simul-cast again. Yes, and I've already got a few topics I'm working on right now.

I Missed It, Where Can I See The Presentation Again

I have been working on that most of the day.  There is apparently a hitch with both Viddler and Vimeo in encoding the video – I tried uploading it 3 times.  We've never had a problem before.  I've been trying several other software and hardware solutions today and hope to have things resolved by tomorrow.

Check back again and I'll point you to the video if you missed it yesterday.

Hey gang, on that note, I'm out of here today.  I know I promised and update on last Friday's post.  With the web-cast yesterday and regrouping around here today, I simply ran out of time.  Tomorrow is a lot lighter schedule-wise so look for my comments tomorrow.

Sometimes there just aren't enough hours in the day.  I've got clients coming by all afternoon  and into the evening, so I've got to get scootin'.  Look for the post to be up by noon tomorrow.

Until then, have a great one,  -David