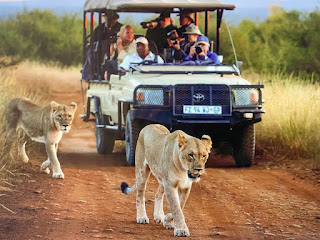 Last evening we had a fun Zoom meeting with our first Safari group.  Don Dickson, who runs the "Internationally" famous Texas School [link] put the whole thing together for us.  It was a "hoot" reminiscing about the great times we all had on that trip.

Yep, we do get kind of close to the animals, lion included.  That's probably the biggest surprise for first-time safari adventurers. Thanks to Kevin Dooley of Idube Photo Safaris [link] for sending this photo over to me this morning. That's me next to the driver with LaDawn behind him. We are really only a few feet away from the lions - safaris are definitely an adventure!

We joined the Dicksons on their Safari and then were to follow up with two more of our own when the bottom dropped out of our travels. No problem though, we already have them rescheduled for about the same time next year.  I put the links at the end of this post.

Last Thursday I did a post entitled "Camera Settings for Wildlife Photography - Mostly Manual Mode and Why" [link] which really got down to the "nitty-gritty" of my wildlife shooting strategy.  Today I want to ramp up that post with some surprising statistics about the Shutter Speeds, Apertures, and ISOs I used most often.  These numbers are based on the EXIF data of 20,179 wildlife images I made two years ago during our safaris back then. 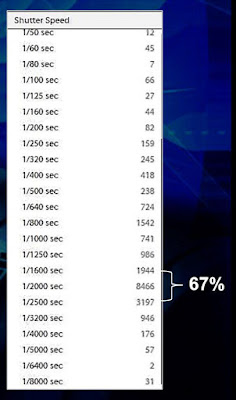 Take a look at the table to the right.  I think you will be surprised by the numbers here. As you can see, my exposures ranged from 1/50 second and lower up to 1/8000 second.  OK, how did I come up with this data?  It was easy once I really got the "hang" of some of Lightroom's EXIF data reporting features. I asked Lightroom to just report all exposure data from my Canon 5D Mk3 and my Canon 7D Mk2 and presto, the Shutter Speed info appeared! 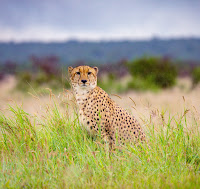 OK, back to the numbers. Take a closer look at the chart to the right. Notice that 67% - that's 67% - of my shutter speeds were 1/1600, 1/2000, or 1/2500 second! A quick point of clarification... NOT all those exposures were made on Manual mode. A large number of them were made on Shutter Priority mode as well.  I'll cover that shooting strategy in an upcoming post next week. Needless to say, two-thirds of my photos were made at very high speeds for all the reasons stated in my post referenced above.

Keep in mind that safari shooting conditions vary widely.  Birds are flying, animals are moving, and the safari vehicle is bouncing, sometimes like crazy.  All these factors require faster shutter speeds to freeze the action. 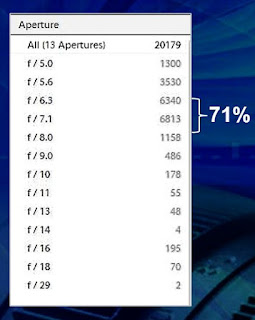 Now let's move on to Apertures. I used the same Lightroom reporting technique to determine my most used range of shooting apertures. Once again, check the table to the right.

In most cases, I was shooting wide open with my telephoto lenses. When shooting the Canon 5D Mk3 I mounted my Sigma 150-600mm lens with its maximum aperture of F6.3. 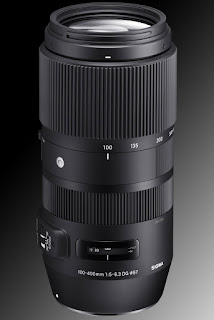 When shooting my Canon 7D Mk2 fitted with its 100-400mm lens (my all-time favorite wildlife shooting combo), again maximum aperture F6.3. You can see from the data that nearly 1/2 of all my exposers were at the maximum apertures of both the lenses.

If the light was bright, like at mid-day, I would stop down 1/2 to one full stop just to pick up a little more depth of field.  I found that mostly helped with my bird photography.

Still, you may be questioning my use of both lenses maximum apertures for so many of my photos.  The answer is quite simple - both of these lenses are super sharp lenses.  I never felt I was compromising the image in any way when shooting wide open. 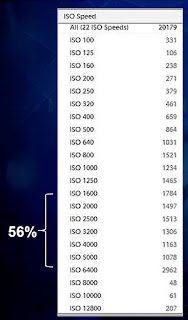 Now on to ISOs ...  As I mentioned in my early post (referenced above), I do like to "float the ISO in these kinds of shooting conditions. I don't want the ISO to go to high, but I do want it fast enough to allow me to use the necessary shutter speeds I need for my wildlife photography. Now take a look at the ISO chart to the right. OK, OK, I did let the ISO float a little on some occasions - I'll get to that in a minute. But DO notice that 56% on my images were in the ISO 1600 - 6400 range.

The reason for the higher ISOs is accounted for by our early morning and our late afternoon/early evening shooting.  But, let's re-analyze the data differently. If you total the ISOs from ISO 400 to ISO 2000, the total number of exposures accounts for over 44% of my images.  That means that most of my images were made at very manageable ISOs.

With the use of software like Lightroom, I can easily manage the slightly higher ISOs.  Heck, back in my "wedding days"  I would routinely shoot all my reception images at ISO 3200. 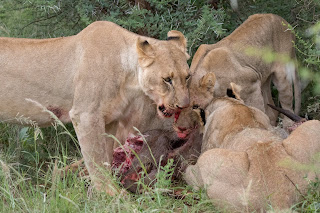 Still, I think the analysis of this data is really fascinating to see.  It really shows what the Apertures, ISOs, and Shutter Speeds need to be to get the optimum photograph with the gear I was using. Had I been using a 300mm/F2.8 lens, my data would have been different, obviously.  But I was using gear that worked great for these wildlife shooting situations.  The gear is reasonably priced and gave me a great result for our Safari experiences.

I hope everyone enjoyed the discussion today and I certainly hope it will at least give you some starting points in any upcoming African adventures you may have in your future.

That's it for me today.  I can't believe it's Friday already. Have a great weekend and I'll hope to see you next week for a few more ideas and discussions.


Oh, BTW, Here are the links to our rescheduled Safaris for next year.

We are sorry we couldn't continue on Safari this year but both LaDawn and I are really looking forward to next year - hope to see you there!  David and LaDawn
Posted by David Ziser at 4:11 PM