Food For Thought Friday: Are You A What If Person? Maybe It's Time To Change Your Thinking

Good morning Everybody,
Wow - can you believe it, a morning post coming out of DigitalProTalk this week. I have to say, it was nice to get down to Tampa yesterday and just catch my breath. R.C. Concepcion of Layers TV fame and I had dinner last night at City Fish, in my opinion, the best restaurant in town. It you ever get down to the Tampa/Oldsmar Florida area, City Fish is definitely a place to visit. It was also great to catch up with RC.

OK, gang - time to get on with today's post.

Are You A What If Person? Maybe It's Time To Change Your Thinking.
Every now and then I receive an email or read a comment about one of my posts which asks the "What IF" question. So what is a "What IF" question? Let me explain. Have you ever been really excited about something? Are you just burning to give it a try? You share your idea and they get pretty fired up too. Then it happens, somebody in the crowd starts poo-pooing the whole idea - "It won't work because of this or because of that", or "I don't think...", "I wouldn't try...", "I can't...", "You shouldn't...." Negativeness all around. You get the idea.

The thing you were really excited about starts getting shot down right out of the gate. I wonder, sometimes, why people take that tact in the discussion. Why don't the "What IF" people first get excited about the concept and add to the positive energy of the discussion. Once the idea or concept starts to blossom, then take a more critical look at the possibilities, positive and negative. To lob the negative "What IF" comments into the discussion early on is to pluck the new buds off the idea before it even has a chance to blossom. What's the point of that?! 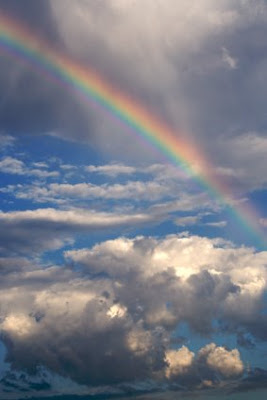 I might post a new idea or a creative concept that I think would be very beneficial to our readers. Sure, we might have to work out the bugs as we do with anything new, but with the bugs worked out, all these new doors of opportunities open up for us. But then the occasional negative response is posted.

Let me be more specific. A few weeks ago, I posted about how we are using the GoToMeeting software to stay in much closer touch with our out-of-town clients. It works like a charm, by the way. There was a p00-poo comment posted after the article. I'm not trying to step on the commenter's toes, but the comment raised the question about what happens if during the client presentation the GoToMeeting server goes down?

What happens if the client is at my studio and we loose power? We had that happen before, by the way. Simple - apologize, reschedule - no big deal. Anyway, on with my rant.

It's this negative "What IF" thinking that I find such a limiting way to approach new ideas and methodologies. Why do some people find that expressing the "negative" is "positive"? Wouldn't creative position discussion offer much more efficient, creative, and profitable opportunities in our businesses and also in our lives? 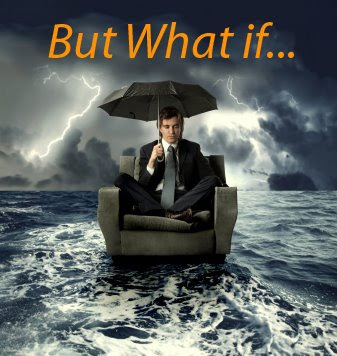 How many times have you been guilty of throwing roadblocks up in your own lives with the famed "What IF" response to an idea or a possible solution without first considering the positive aspects of that idea or solution? I guess it's a bit of the "glass half empty vs. half full" way of thinking. I feel it's a self defeating way to approach something new, a new concept, technique, new idea.
I'm not suggesting a "Damn the torpedoes, full speed ahead" way of thinking. I'm not suggesting disregarding any lack of common sense prudence before implementing new ideas. I'm just disappointed that so many people seem to set up their own road blocks to success with what Zig Ziglar called "Stinkin' Thinkin'". Want a further peek at what I'm talking about - check out the link right at Phych Central.

I think that at the very least, the "What IF " responses should be reserved for the later part of any meetings or discussions when the topics revolve around new ideas, new possibilities, new options that could make things more beneficial in our lives and our businesses. The first blush of any discussion should always embrace the positive. It's this positive energy that breeds more exciting off-shoots from the original idea. Kicking in a negative "What IF" statement early on in the process is tantamount to snuffing the fires of creativity, creativity that could make the original idea even a better than ever before. The early idea needs to take root and grow into something viable and possible. Only at that time should we invite the "What IF" questions into the discussion.

This is not to say that the "What ifers" should be denied their say. LaDawn prefers to play "devils advocate" quite often to explore all possibilities. Everyone brings something to the table when discussing something new and exciting. I think the "What ifers" should also contribute to the positive aspects of the discussion early on. It should be a preferred requirement, a standing rule - in the creative process of discussion. The creative process can get derailed early on with the "What if" grenades tossed into the discussion too early.

What's the bottom line? I think any business meeting or discussions meetings whose purpose it is to explore new ideas, new technologies, new solutions, and new possibilities need to thrive in a healthy, live sustaining environment of positive discussion and interaction. These kinds of meetings to be inclusive of everyone that's come to the table with the stipulation that all positive aspects of the new idea are discussed first.

Only after the meeting has prospered with the positive aspects of the discussion should the "What IFs" be introduced. Let's explore the "What IFs" and see if the new idea really is a great idea. Let's not pull the rug out from under the idea, concept early on. Be patient with the process and many more ideas will be fostered in your business and your lives.

Please don't be an "Early on what IF" person. It slows down positive energy; it disguises possibilities; it hampers creativity; it slows down life. Living a "What IF" life is only living half a life, because that's all you have left when you take the "IF" out of LIFE.

Keep smilin' everybody - it makes people wonder what you're up to next;~) See ya' next week, --David
Posted by David Ziser at 11:58 AM