Business Day Thursday; I've Got To Get Home To See The Love Boat

Sorry for the later than usual post today. I had it nearly ready to go this morning and planned to get it up on the scenic drive back to Boston. Let's just say Verizon technical difficulties prevented that from happening. But, now we're back in Boston with solid internet connectivity so here goes.

Yesterday we got totally fogged in. It was raining in the morning when we woke up and it looked like we were going to stay in and get caught up on some work. Fortunately the rain stopped and the fog lifted and the yesterday turned out great.

We got to do the hike around Jordan Pond - what a cool, easy hike to grab some great images. 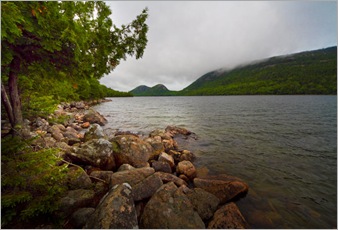 It was late in the afternoon, nearly evening, when we finished up so we headed into town and planned an early dinner. We finished dinner with 30 minutes left till sunset.

We decided to see if we could catch the sunset at Cadillac Mountain. We made it with 5 minutes to spare, jumped out of the car and started shooting. What a great shoot it was! That turned out to be the high note of the day.

Today we pack our bags and head back to Boston catching up with friends along the way. We jump the plane early Friday and it’s back to home-sweet-home. We’ve really enjoyed our stay in New England!

But how about this week's episode of Business Day Thursday? It's coming at you right now. Here we go...

I've Got To Get Home To See The Love Boat

OK, right away I know the title of this post really dates me but I don't care because I think it speaks to something that has been going on for years in wedding photography and needs to be discussed.

Its about leaving the job early. Let me explain....

For years, even back in the Love Boat Days, I've been encouraging photographers to not leave the job early. I mean, what else have they got to do on a Saturday night - go home and watch the Love Boat? 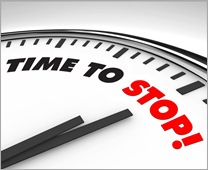 Over the years, my jibe changed to Fear Factor or what ever other show was on at 10:00 p.m. on a Saturday night. I can't tell you how many stories I heard from brides telling me how a photographer missed some great photographs at her friend’s wedding because he/she cut out early. Shots like the groom grabbing the microphone and serenading his bride at quarter till midnight. Or, that last great group shot of the bride and groom and all their college buddies. The list goes on and on.

I've seen it myself. I'm working with a videographer who tells me their time is up at 10:00 p.m. At the stroke of 10:00 p.m. they are packing their gear and heading out the door. Invariably, from the time they leave till the end of the event, sometime will happen that should have been covered - like the couple leaving in the horse drawn carriage at the end of the evening. I know, I've seen it happen way too often and hear the numerous complaints from the brides.

Just to be clear, we NEVER leave till the event in over - NEVER!!! There is just too big a chance something will happen after we have left and I personally don't ever want to miss spontaneous important memories for my client.

We Ain't Selling Hamburger By The Pound 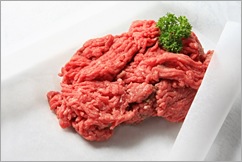 Never Negotiate On The Dance Floor

The quick answer photographers selling by the pound give is that if the client wants more time, the bridal couple can simply let him/her know at the wedding that they want more time and the photographer will bill them later. 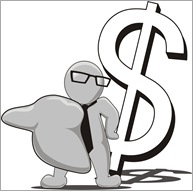 It's never been the way I've conducted my business. The dance floor is NO PLACE to negotiate for more photo time at a wedding. Think about it. Consider the emotions of the entire day and evening - the love, excitement, spontaneity, and celebration. Why would anyone ever want to change the course of these emotions and talk about money? The dance floor is definitely not the time or place to "up the sale" - no exceptions!

Sell A Coverage Consistent With The Length Of The Event

The bottom line is this. Don't sell yourself or your photographic coverages short. When you are discussing your services with your client, let them know that they will be booking you for the entire event. Make it your studio policy and do not diverge from it.

Here's why. This policy protects your reputation. I have been in two situations recently where after showing up for an event, I was told by the planner that my services would only be needed for 3 hours even though the event was booked for 5 hours previously - WRONG!

I know the party was really going to get going in those last two hours - which it did. We stayed the entire time and captured some of the best party shots AFTER the 3 hour time limit had expired. Had I left earlier, how might the client have reacted? How about feeling that the guy they hired for the shoot cut out early and missed so many great shots! My reputation could have suffered severely and I probably would not be shooting any future events for that client. Conceivably, if the word got out about how I left early could easily hamper booking for future events for their friends and acquaintances.

This whole "leaving early" mentality only leads to a negative domino effect for your business success. When my client questioned the billing for the entire 5 hours instead of 3 hours as the planner as requested that evening, I simply pointed out that the last 200 or so images would not have been part of the selection had I left early. They saw what would have been missed, conceded my point, and paid the bill.

So, it only makes good business sense to sell your services by the length of event not by the pound. Stay till the end of the event and give your client your best efforts and the service they deserve. It's the only way to do business - in my humble opinion.

Hey gang, that's it for me today. If you've been following the news, you'll see that President Obama is visiting Bar Harbor this weekend staying just two hotels down the road from where we stayed. It would be fun to stick around but we've got to get back to work.

We are flying across the highways and byways of rural Maine as I write this post. My keys are all over the keyboard and it's really tough to write with LaDawn’s speedy driving - if you get my drift ;~) So I'm wrapping it up right noowww, whoops, right now.

Just a quick "head's up - tomorrow's post will go up in the afternoon since we have an early flight to catch in the morning. Just plan to catch up with it over the weekend. I'll plan to see everybody back here bright and early on Monday.

Have a safe and enjoyable weekend, and I'll see you Monday, -David