Business Day Thursday; "What Have I Done Right? What Have I done Wrong? Time To Think About It."

Is this the kind of stuff they thought about at the turn of the last century? I’m guessing they did.  I've been thinking about it, pondering about it, allmmming about it and have made my decision.  I'm sticking with calling next year "0-10". Think what this decision does for me - now I'm safe till the year 2100.  This decision to stick with the 0's puts my life in harmony for the next 90 years. Once more, I can be one with the "cosmic resonance" as I "transition" from one New Years Day to the next for those next 90 years.

I hope this solves the dilemma for you too and you too can live in "cosmic peace and harmony" for the next 90 years as well ;~)

OK, time to get on with today's post . I'm so relived, so inspired, so ready for another episode of Business Day Thursday.  Here we go...

OK, I was having a little fun with our year change so now re-read the first paragraph of today's post because that's where I'm heading with today's post.

Sure, it's New Year's Eve and lot's of people around the world are planning for their grand celebrations. But in the mist of gearing up for those celebrations, how about taking about 30 minutes and spend some time with yourself contemplating the questions raised in the first paragraph. 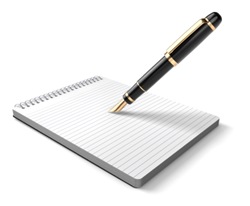 1. Seriously, what were your business highlights for 2009? Start making the list right now. It's always fun to think about the good stuff that happened in your business so, really think about it and be sure you don't miss anything. Now, can you repeat all, or at least most of those 2009 highlights again for 2010?

2. Now for the not so fun part . Now make a list of your biggest or most impacting missteps for 2009. What opportunities did you miss?  And, if you missed some BIG ones, I hope you feel awful about missing them.  I'm not trying to be nasty, but "stung once" is the best  medicine for not being "stung" a second time.

3. Now look at both lists.  They both represent a good portion of your business road map for 2010.  The first list represents your expressway travel - cruising in the fast lane of business building and profitability.  The goal for 2010 is to extend those highways and byways to success.

The second list shows the "pot-holes" you want to miss for 2010. Sure, all business hit a pot-hole or two but the goal for 2010 is to hit a lot less pot-holes.  Now you have a map that hopefully will help you miss several for the upcoming year.

To many people, to many businesses, to many photographers - all of the above - are in "I wish.." or "I want..." mode way too  often.  I wish I had a new camera... I wish I had that lens... I want to shoot more weddings this year... I want to grow my business next year...I want the phone to ring…  This list goes on and on. 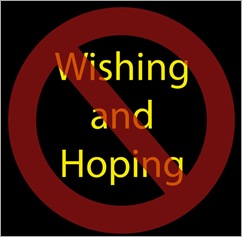 "Wishing" and "wanting" without action has never really accomplished much of anything for anybody over the years. It's only by "trying" and "doing" that we get anything accomplished. It's only by planning to succeed and then "working" the plan can we ever expect the result we want.

If you took the time to make the two lists I suggested, you have a start on putting together you "2010 Plan."  But this is only the "tip of the iceberg" in planning your New Year's success. At least it's a step in the right direction. Time to “just do it!"

Hey gang, that's it for me today. Give some energy to what I've said today.  It's exactly what I've been working on for the last several days. Yes, days and I still don't have my plan totally nailed down for 2010. But, you know what? I'm a whole lot closer to it than if I’d not started my lists.

On that note, everybody, I'm out of here today.  Everybody have a great, grand, prosperous, safe, and Happy New Year in whatever part of the world you live. I'll be back tomorrow for some thoughts on how you can take 2010 from good to great.

See you then, -David