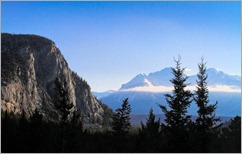 We awoke to another beautiful sun shining day in Banff, Alberta today.  The trade show wrapped yesterday and we have the day without many obligations or responsibilities to the conference. At the end of the trade show yesterday, I sat down with Bruce Clarke to do an interview for the very popular blog, This Week In Photography.  We had a great conversation and touched on many topics.  I hope you'll give it a listen once it's on-line.  I'll keep you posted as to when that will happen - probably within the next two weeks or so.  Want to see what they're up to right now, then check out their link right here - some pretty good stuff.

The next two days are filled with programing so we plan to take in a few.  It's always good to be inspired by the work of others.  Today our good friends Tim and Bev Walden, two of the best portrait photographers in the world are giving their program. Tim is also incoming president for the Professional Photographers of America. Check out Tim and Bev's inspiring images right here. 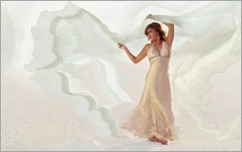 Later today Joseph and Louise Simone, also two of the best portrait photographers/artists in the world, are presenting their program.  It's "Portrait Day"  at Canadian Imaging. Check out their work right here.  Be sure to watch the video - it's amazing!

That's what up for today.  I still have to put finishing touches on my program for tomorrow and rehearse a bit, but most of today will be spent just hanging with friends and seeing programs - not a bad way to spend the day.  That said, why don't we get on with a brand new Technique Tuesday - here we go. 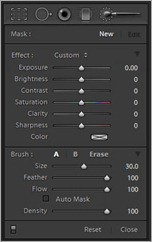 Lightroom is such an amazing piece of software.  I became it's biggest fan when LR2 came out which introduced the Adjustment Brush.  I was a custom B&W printer for a large studio back in my collage days.  A few years later, I went to work for that same large studio as a custom color printer until I could get a job as an engineer. You guessed it, my training and degrees are in Engineering and Physics.

My background in lab work goes back to my teenage years when I first discovered my father's processing trays and books on the subject. I started processing my own film and prints when I was just twelve years old and shot my first wedding when I was 15! I digress……

Anyway, back to Lightroom. I was a JPEG shooter for most of my digital shooting career switching to RAW with the introduction of the Adjustment Brush in LR2.  I finally had a way to "Burn and Dodge" the image they same way I did as a custom printer.  I was hooked.  Today's tutorial shows how I took a fairly standard room image and transformed it with the magic of Lightroom.  The Adjustment Brush and Gradient tools now give the digital control over my images that I had with the darkroom processes I had back in the film days.  Why not hit the PLAY button and enjoy the show.

Hey gang, that's it for me today.  I've got to polish up my Power-point for tomorrow's presentation.  Then it's off for a program or two. The weather has really taken a turn for the best with the sunny clear blue skies. We might even get in a brisk mountain walk later this afternoon.

I hope to see everybody tomorrow for another installment of "The One That Got Away" - time permitting. This was a very popular series I ran a few months ago. I'll discuss the near misses of an image and then point out what could have been done to hit the image "out of the park."  It's a good read. If I run out of time tomorrow, look for it on Friday.  Anyway, check back tomorrow and see what pops.

*p.s.  Tomorrow I am giving an Early bird program at 7:00 a.m. That means a early morning wake up call. After the early bird, I have three programs back to back till 4:30 p.m. Time will be tight, but I'll do my best to have something for you one way or another - see ya' then.  -David