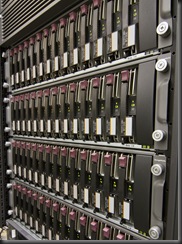 It's computer maintenance time around here these last few days.  I just picked up 8 Terabytes - yes, 8 Terabytes - of new drives yesterday. Now we can archive the years gone by and ramp up while increasing our hard drive space for this coming year.

This is a project I put off till I really need to do it. The last time was in 2007.  It was easier back then when file sizes were smaller and I was shooting in JPG mode;~)  Anyway, I’m such a geek freak when it comes to backing up data, I always go overboard on the process.

We keep two copies of the data on twin discs and one more copy of each year's data on two LARGE drives attached to the network for convenience - mostly my blogging convenience that is.

I could make this an entire Technique Tuesday, but let's hold off for another time since I've got a good post for you today. 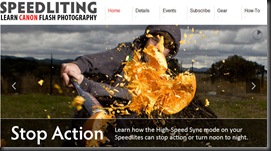 But, before we get on with today's post, I’ve got to tell you about about a brand new blog coming online today.  It's Speedlighting.com [link] - "The place to go to learn how to shoot with Speed-lites like a pro."  It's the brainchild of fellow blogger, Syl Arena who also runs PyxSylated.com [link].

DAZNOTE: PyxSylated.com has a nice post about the new rumored video shooting Canon DSLR that will shoot video in RAW - WHAT???  I can see the 10 pound flash cards hanging off that new camera already.

Last week, I fired up NIK's Silver Efex Pro - one of my favorite NIK products [link] - and thought I would give it a go with similar subject matter to my other Black and White tutorial mentioned above.  I fired up Lightroom 2.6, pointed it to images from our Aspen trip last August, found a favorite image, and loaded it up in Silver Efex Pro.

That's when the fun began.  The range of controls and tweaks you can "throw on an image" with Silver Efex Pro is amazing.  In this tutorial, I'll run you through my favorite buttons, sliders, and tweaks to obtain a great black and white image.  Hit the PLAY button below and enjoy the show.

You’ve just got to ask yourself the question, "If Ansel Adams was shooting digital, would he have used Lightroom?" I think the obvious answer is "YES". Why? Because Ansel was a "master manipulator" of film, exposure, processing, chemistry, burning, dodging, printing - all the tools of the analogue image.  Had he been shooting digital, he too would have been "master manipulator" of all the digital tools as well.

Hey gang, that's it for me today.  I've got to head over to the makeup department before my guest appearance on LensFlare35 for this afternoon's interview. I want to look good for the cameras, you know ;~)  Plan on stopping by - the show goes "LIVE" (audio only) at 2:00 p.m. EST.  Tweet me a question or two.

I'll see everybody tomorrow with a brand new episode of 5 Photo Minutes discussing quick video shooting with the Canon 7D vs. the 5D Mk II.