Hey, a few quick notes before I get started today.  Don't forget to sign up for the FREE Web-Cast entitled, "Captured By The Light" coming up next week. Here is the link right here one more time.

I'm introducing some of my favorite sections of my new book by the same name so it should be quite an informative seminar on lighting, composition, and flash usage.  We have over 500 people signed up so far!!! Hope you can make it. 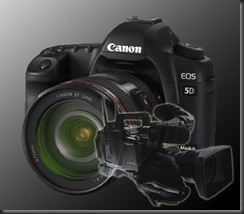 Wow!  What an experience I had over at LensFlare35 yesterday during their "LIVE" web-cast on "HD DSLR’s, Fusion, Convergence, Video & Film making." I felt a little like a gold fish in the BIG blue sea.  These guys, Zacuto’s Steve Weiss and Kevin Shahinian are at the top of their field when it comes to video. Be sure to check out their links names above - amazing videos!!!

Steve was talking about his upcoming DSLR shoot out to be announced around March 15, 2010.  They were comparing the new HD DSLRs video capabilities to film - differences and similarities when it comes to shooting real movies. 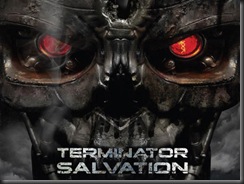 In the conversation, it was also amazing for me to hear so many production companies that are using the Canon 5D Mark II and Canon 7D for their cameras of choice in film-making productions.  Want a quick example - how about Terminator Salvation - Yep, lots of this film-making was shot with the Canon 5D Mark II. Another story came up about a filmmaker using 15, count them 15, 5D Mark II's and 7D's to shoot a commercial for the Navy.

The list goes on and on - you've got to check out the conversation over at LensFlare35.  The very candid, unedited version of our conversation can be found right here at BlogTalkRadio.com- utterly fascinating!!!

On that same note, but on a much smaller scale, let's get on with today's post.

Anyone reading this blog knows I a big fan of the video capabilities of the new cameras on the market.  When I got my hands on the Canon5D Mark II over a year ago, I couldn't wait to try the video.

As we all can see, it's been a game changer for professional photographers and film makers as evidenced by the conversations we had at LensFlare35 yesterday afternoon.  Anyway, that said, most photogs are not at the level of a Vincent Laforet or Philip Bloom when it comes to video expertise.

DAZNOTE:  Be sure to check out these guys blogs which are linked above.  Each has an unbelievable amount of information posted.

Most of us like the built in video for its utter simplicity for adding a brand new flavor to wedding/portrait/senior coverages. So what's all this got to do with with PhotoFAV Wednesday?  It all has to do with the video controls.

OK, this is where the "engineer" in me comes out. Check out the first part of the video below.  In this 1:20 minute video I'm showing you the steps necessary to go from "still" to "video" mode. View, focus, pull camera from eye, hit live view button, the start video - WAY to slow and not fluid.

Now check out the second section - it shows me switching modes with the Canon 7D.  View, focus, switch to video, start video, pull camera from your eye and follow the action - super fast and easy. That's why the "mode switching" feature (button layout) is one of my PhotoFAVS for this week.

Now I can be shooting the action, and then at a moment's notice, switch to video to get a quick 4-5 second video clip of the event, and then be back to "still shooting" in no time.  The entire process is an entirely fluid, efficient motion.

I will admit, switching modes takes a little getting used too, but once you've got it mastered, your video possibilities really start to open up especially for the wedding shooter.  That's why it's one of my PhotoFAVS for today.

Hey gang, that's it for me today. It's back to real work.  How about I see everybody tomorrow for another episode of Business day Thursday.