"Dancing In The Sunset" 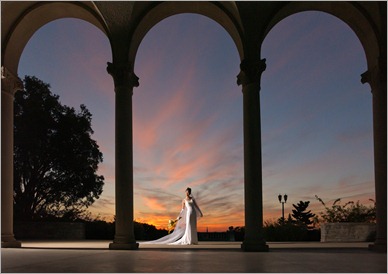 "Dancing In The Sunset"
© David A. Ziser

I really enjoy this image.  I made it several years ago in my migration to digital photography.  I had always been a medium format Hasselblad shooter and loved to use wide angle lenses.  After switching to digital shooting, things changed.

First of all, I was shooting in a rectangular format which was a bit uncomfortable for me since I had been shooting square format for over 20 years.  But, you know, you get used to it.

My biggest problem was finding wide angle and lenses like I had in my Hasselblad gear bag. I eventually purchased my first fisheye lens, a Nikkor 16mm lens – a great piece of glass.  The only problem was that it didn’t work as well on my APS sized Nikon D1x, or so I thought.

The more I played with the lens/camera combo I began to really like the less distorted super wide angle almost fisheye effect.  Now let’s fast forward to June 2010 – Lightroom 3 is released.  I fell in love with this program, especially the lens correction feature.  Now I could take those early fisheye images and transform them into rectilinearly corrected super wide angle images – way cool.

That’s what I did in today’s photograph.  This image was originally taken with a fisheye lens.  But after a little Lightroom 3 magic, I was able to remove the spherical distortion and the converging vertical lines giving me a very cool wide angle bridal image.

Lighting was from camera left, my Quantum on 1/2 power.  I adjusted the shutter speed to under expose the sky slightly for this very dramatic image of my bride.

p.s. Want to see the original image?  Hit the “Read More…” link below. Here’s what the original image looked like. Pretty cool don’t you think? –David