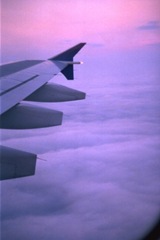 We wrapped our two week DWUC road trip last night in the Washington D.C. area.  We had a crowd of about 200 photogs all wanting to win the door prizes I was giving away.  Everybody LOVES door prize time.

Anyway, we are head out early this morning.  Our plane leaves from Baltimore and we’ve got the rush hour commute to deal with. It will be good to get back home, relax, and recharge.

In today’s post I had something else planned – how to shoot seniors and what video clips to shoot as part of that shoot.  Yes, I’m gearing more and more to include video clips  with all our shoots.

Well, I called the office and asked that I have a senior standing by for sometime next week for a short session to show you what I have in mind.  It’s all set up so stay tuned for a very special post next week.

So that brings me to my alternate topic for today. Here we go. 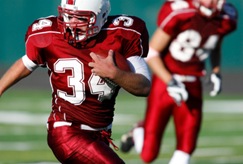 I know, the topic sounds kind of weird today, doesn’t it? But, here’s my point.  I’ve never been a big football fan (LaDawn is a huge fan of the game), but the Cincinnati Bengals are winning again so I’ve been tuning in on Sunday afternoons.

Have you ever watched the losers play the game. Now I talking  about the losers of a fairly close game. Man, what strikes me is the ever so small difference in perfection between the two teams in so many of these games. Even the losers look really, really good.

The losers are only missing in their performance by such a slim margin. They continue to run and execute offensive plays to near perfection, the defense is reading the offence, the offence is reading the defense, every team member is digging deep to execute beyond expectations simply playing great ball. Sure, this slim margin of under performance costs them the game.

Here is my point.  How well do we play the game of life.  Are we really out there giving it all we’ve got.  The losers in these close games surely are.  What’s the outcome?  It’s clear, they come in second in a game where only two teams are playing. And we call them losers.

But you know what…. that’s why we need to play the game of life as least as good as the losers – so we can come in second too.  The big difference in our case is that in the game of life #2 is only one notch from the top. And in life being #2 is not losing, it’s actually called being darn good.

You know, the same philosophy works for our business too. If you prepare and train yourself to be successful, you will be. You may still come in second now and then, but second place is a good place to be at the end of the game. Unless, you’re playing a football game.

Hey gang, that’s it for me today.  Have a great weekend and I'll see you on the flip side, all the pixels willin’.  See ya’ then, David

Email ThisBlogThis!Share to TwitterShare to FacebookShare to Pinterest
Labels: success