Man, it’s a little tougher to get the blog up during Master Class week, but I’m still giving it a try today.

The dubious weather cooperated yesterday and we had a great day shooting at the park and the Drees Pavilion overlook.  It was a long day with us beginning at 9 a.m. and wrapping about 8 p.m.  The models were troopers, too, and we got some fantastic images. 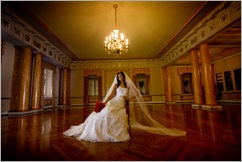 Looks for lots of material for upcoming blog posts.  Anyway, let me push on with some more observations about the Canon 7D and Lightroom 3 BETA.

That’s for all the comments on yesterday’s post trying to explain the darkness of the Lightroom 3 BETA previews from the Canon 7D.  I think it’s a Lightroom/Raw issue, too.  The previews on the back of the camera are small JPEG previews that don’t carry over to LR3 Beta – all we get to see is the RAW data.  I’ve found that pushing the Brightness to +75 and reducing the Contrast to 0 helps.

It got pretty dark on us last night and I was impressed that the 7D nailed the FOCUS – thumbs up on that one! 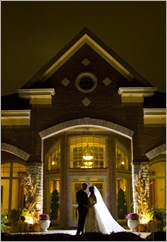 I found a much easier and quicker way to shoot video as well.  While looking through the viewfinder, I focus on the scene I want to video.  As I pull the camera from my eye, I switch the 7D into Video mode and immediately hit the record button. This is much quicker than switching the camera to video mode, finding the focus, and then shooting.  More on that later.

I’m also very satisfied with the low noise performance of the camera. Any noise you see is nice and tight and almost film like.

And Now On With Lightroom 3 BETA

Now on to Lightroom – has anyone else found the cropping to be a little quirky?  The crop rectangle jumps around a bit even when I hold down the ‘Shift’ key.

My biggest gripe about Lightroom 3 BETA is, hands down, the NEW IMPORT procedure.  Under Lightroom 2 you just headed to the image folder, selected the images and hit IMPORT.

It took me 10 minutes last evening just to get 150 images into Lightroom 3 BETA.  The new version wants to load all the file structures, populate the screen with preview images, which take forever, makes me deselect the ones I don’t want to import, an on, and on, and on.  What a time waster!

Hey gang, I just checked the clock and I’ve got to fly – class starts in a few.  See ya’ tomorrow.  -David