The class is off to a great start and everyone seems to like the new concept – lots of models and lots of coaches.  I have to say, it’s a great way to ramp up the leaning curve for the attendees.

We reviewed images today and the class had some wonderful images to share. 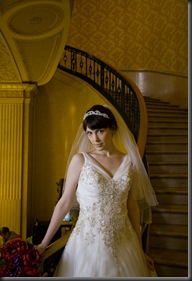 So what else happened yesterday?  Some BIG surprises!!! We got home last night about 8 o’clock in the evening.  The first thing I did was grab the card and load up the images into Lightroom 3 BETA.

I was stoked to see the images I had shot, too.  The images loaded across the screen, the previews gradually populated my entire desktop. There they were – I couldn't wait to peek at my “real” images (not vacation shots) taken with the new Canon7D.

Then surprise of surprises, images looked great on the back of the camera but were a lot darker on my monitor – what gives?  With the 40D what I got on the camera’s LCD, I saw on the monitor. 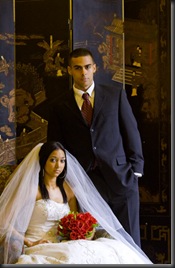 Part of the problem may have been that I had the camera’s LCD brightness turned all the way up so we could view the images outside more easily.  I’m hoping that was the only issue and the reason everything appeared so dark on my monitor.

I had mentioned on Monday, that when I loaded up my (vacation) images from the 7D over the last few weeks that everything looked great in LR3 BETA.  We are out again for an all day shoot in just a few minutes so I’ll research the matter even further.  Hopefully I’ll have more news tomorrow for you.

I know a lot of folks are concerned about the noise performance of the 7D.  Noise, or lack of it seems to be a nice 7D trait – not as good as the Canon5D Mark II, but MUCH better than the 50D.  I think the 7D does just fine in the noise department. 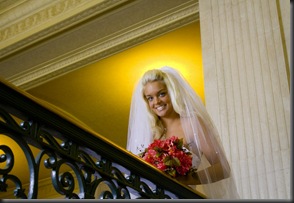 Another thing about the 7D – boy, those images sure look “pretty” at 18 megapixels.  I printed up five 24x36 images for the class this morning and they looked great!

Another thing I loved about the camera was the dead-on focus.  Man with the high pixel count those 24x36’s are tack SHARP!

After today’s shooting, I’ll be able to put together a more definitive list of observations that I’ll plan on sharing with everybody next week.  I’ve got a few things I want to try regarding the images brightness issue, too. This by the way, may be more of of LR3 BETA issue than a Canon 7D issue.  I plan to get to the bottom of it – I’ll keep you posted.

I know, I know – what about yesterday's Technique Tuesday? Too much to do – at least during class week, and too little time.  I’ll finish it up over the weekend and post it next week.

Hey gang, I’ve got to get scootin’ – class starts in just a few minutes.  Adios, -David