Hey, I've got some good items to report on today.  First, I pulled the trigger on a new Sony Vaio Windows 7 laptop so I'll keep you posted on the trials and tribulations of getting everything set up on the new machine and breaking in Microsoft's new operating system - everybody keeps telling me Windows 7 is the OS to beat … we'll see.

I also have my Master Class kicking off today so let me get right to the good stuff.

Boy, that was my first impression when I took a peek at some of the early images out of my 7D which I've been traveling with these last two weeks.  Granted, I haven't done any definitive testing with the camera yet - that will happen this week during class. But, some of the early tests looked very, very good when I brought them up in Lightroom 3 BETA.

AHHH, you say, Lightroom 3 Beta loads up Canon 7D images.  Yes, Virginia, it does - more on that later. Anyway, even when zoomed in nice and close, I was pretty surprised by what little noise I saw in the images.  That's my first quick take - like I said, more to come later this week.

Lot's of people would like me to do a comparison on the noise of the Canon 5D Mark II vs. The Canon 7D. Since I haven't gotten around to that yet - tours, classes, and things you know - let me point you towards a site who has a done a side by side comparison of the two cameras.

Here is the link to Cameratown.com right here who has comparison images all the way up to ISO 12,800 posted. Sure, the 5D MkII bests the 7D and the higher ISOs, but the 7D still looks good to 3200. Anyway, check out the images. Just click on them to see the hi-res version.

Yep, I downloaded LR3 Beta and fired it up yesterday.  You know, I've been all over the web looking to see if LR2.5 supported my brand new Canon 7D RAW files. Some people said yes, and some, including Adobe said no.

I can get LR2.5 to import the 7D RAW images one at a time but always with a error message. Heck, I've got my class starting and want to use Lightroom for the image processing.  That prompted the LR3 download and install. 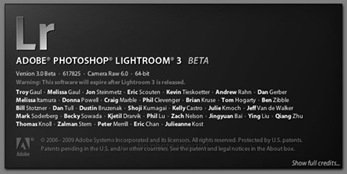 After taking a few minutes getting used to the slightly different import dialogue, I hit the import button and in came every 7D RAW file I had shot over the last two weeks. Whew!  I'm saved for the Master Class!

There's quite a lot to like in the new version - excellent noise reduction, better vignetting, cool web sharing features - just to name a few.

Something else I noticed too, is that the LR3 preview images seem to look a lot better too.  I know that sounds weird to say.  But, I was never happy with LR1's preview images, and some people didn't like LR2's preview images. I'm going out on a limb here, but to my eyes, and the limited amount of images shot, LR3's preview images look like they did on my camera's LCD screen.  Folks, that's like super good news. Let's see if that still holds true with this week's shooting.

Wait, there's more LR3 stuff. I'm going to point you towards Adobe's own, John Nack, who posted the announcement of the BETA release over at his site. Here is the link to John's site right here.

Be sure to read the entire article.  At the end he points you towards Julieanne Kost's 3 tutorials - about an hour's worth - introducing all the brand new cool LR3 features.

Finished with Julieanne's tutorials, now head over to Scott Kelby's blog - link also at the end of John's post - to see his TOP 10 fav features.  Hey gang, it's all good reading if you are riding the Lightroom train.

Oh my gosh, I almost forgot.  There is also one more great post over at Luminous-Landscape right here.  Michael Reichmann always has a nice take on all things Lightroom.  His article is about the best to read for the most practical look at LR3. 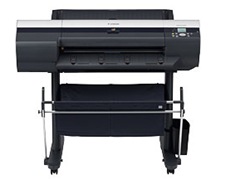 While roaming the highways and byways of the web this past weekend, I found this interesting post on ink-jet longevity.  Many of you know that we have been doing our own ink-jet printing at my studio for several  years.  I was always amazed by the longevity rating of ink-jet prints as published by Wilhelm-Research who analyze such things. Here is the link to their Epson 3800 tests right here - check them out and you will see what I mean.

Anyway, at my DWUC tour I am showing 8 of the most gorgeous ink-jet prints I have ever seen.  They are just stunning and everyone who sees them agrees.  They were printed on a Canon image ProGraf iPF6100 printer.  So how long will they last, you ask - a really long time. Here is the Canon Press Release right here over at Imaging-resource and the entire Wilhelm-Research report right here.

That's very good news for me. For 2010, we are beginning work on my fine art series of images.  The Canon  ProGraf iPF series of printers will be my printers of choice.

Hey gang, I've got to hitting the road.  My class starts shortly.  Stay tuned this week and I'll keep you up to date with more 7D news and hopefully some pretty cool images. See ya' later.  -David