This being Thursday, the After Dark crowd is heading home till the next one in Charlotte, NC September 26-28, 2011.  I stopped by to say my good-byes and thank Dave Junion, the “brains” of the operation, for his hospitality in letting me hang out for a few days. 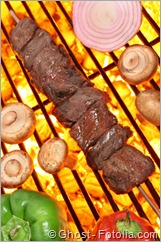 A few of the mentors were wrapped for the day so I invited Ralph and Cindy Romaguera, Phillips Mitchell, and Joel Grimes over to our home for a grilled dinner on our deck.  I hadn’t met Joel before this week but have always loved his work.

Joel Grimes, is really a down to earth, nice guy with tons of experience and some great stories to tell about his travels worldwide.  You know, everyone just “chilled”, enjoyed a nice dinner, and good conversation. 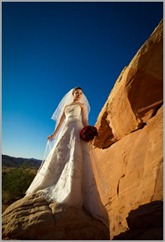 That’s right, only 2 seats left for my Sedona Experience coming up on June 7-9, 2011!  I’ve mentioned that we’re keeping the class size to a very intimate 6 photographers only who will be eating, sleeping, and breathing photography for  2 1/2 solid days – about 32 hours in total. Those signed up already are super stoked about the experience.  Here is all the info right here.

I just checked time of the sunsets in Sedona and it looks like we are adding a few more hours to each day’s shooting sessions.  Like they say, you can sleep when you get home ;~)

If you would like to be one of lucky two to nab one of the last two spots, give Jennifer a call at 800.292.2994 to get the full details. You can also place your $495 deposit right here to secure your seat.  Jennifer will then call you with more details.

After returning home from Texas School last Saturday neither LaDawn or I wanted to make dinner and that usually means a call to Papa John’s Pizza.  Pretty good pizza and we can stay loyal to our state because Papa John is headquartered in the great state of Kentucky. 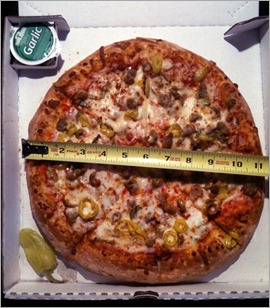 Well, the pizza arrived in about 45 minutes and we were both anxious to dive in.  I opened the box and once again we both exclaimed that the pizza sure looked smaller that usual.  In fact, it was not the normal Papa John pizza we come to expect over the years.  The ingredients were a good two inches from the edge and they weren't all the ingredients I had ordered.  Now normally I wouldn’t complain, but this has been a recurring problem with the past several deliveries from Papa John’s.

I’m wondering if they changed crust size or something. I decided this time to call the store and talk to a manager. Chris, the manager, got on the phone and brushed me off saying that they would get another pizza out right away.  I mentioned the smaller pizza size and then he went into “hi-gear” telling me that’s exactly what I ordered – a 12 inch medium pizza.

I overlooked his remarks and  his anti-sales attitude, hung up the phone, and waited for the next pizza.  The more I thought about it, the more I thought, “This just is not right. We’ve been getting these smaller pizzas for months now.”  I decided to measure the pizza and sure enough it was about 11 inches, not 12 inches as advertised.  It measured just over 11 inches – a good bit shy of the 12 inches advertised.  Mathematically that meant Papa John’s was making a pizza 72 square inches smaller – almost 20% smaller than advertised!  I wonder if Papa knows what going on in his Florence, KY store?

A while later our other two pizzas arrived and were just fine. Dinner was a little late that night but it got me thinking.  Is that any way to do business? I’m not even talking about the “snotty” attitude of Chris, the store manager.  I’m talking about over promising and under-delivering.

Are You Doing The Same? I Hope Not!

You know, around my studio we always try to do just the opposite, well almost.  We “honestly” promise and then over-deliver.  I was just with a client yesterday who was reviewing photographs for their “Birthday” album – yes, birthday album. Can you believe it - we had two birthday shoots on the same weekend.  It was a fun visit and they put together a great selection of images.

Our coverage included 35 images in an 8x8 leather album.  The client selected 34 additional images for a total of 69 images – 69 to represent the year she graduated high school.  I had myself and Nicholas covering the 4 hour event so in a few images I was in the background of some of Nicholas’s photographs.

When the first one popped up, I was quickly noticed by the client who may have deleted the image from her collection. I was quick to point out that any image I’m in that goes into the album is on me – it’s complimentary.  She smiled as did her husband and said, “Well, in that case, we’ll take it.”  It’s a small gesture but it’s still delivering more that what was promised in the coverage.

Let me give you another example.  When reviewing the images for an album, I always suggest that the client add a few photographs of the flowers or other detail shots that we could use as backgrounds in our album design.  When it comes to billing those 12-15 images, they are always at no charge.  And, you know what?  I know the client appreciates the gesture.

A Way to Guarantee Business Failure and Save The Day

Which brings me back to the pizza story.  Why would ANY business ever over-promise and under-deliver?  But it happens all the time.  How often has that hamburger looked as juicy and tempting as it did pictured in the menu?  How often have you had a service performed like a poorly applied asphalt coating, only to have most of it washed away by an over night rain storm.  The list can go on and on – you probably have many similar experiences.

There may be times when maybe it’s your staff under-delivering on the part of your business like the Papa John story above.  As the business owner, you’ve got to know if that’s happening and put a stop to it.  Thankfully, all I hear is praise for my staff from my clients and even many of you as customers that have called to sign up for our Master Classes and/or pick up a Zumbrella or two.

Sure, sometimes something may go awry, but that’s when you throw even more effort at the situation to make it right for the customer.  Boy, can I tell you a story or two here – like when I backed into the cake table while photographing a table of guests and knocked off the top layer of the wedding cake.  You should have seen the expressions of the guests at that table!  Turns out that wedding was the largest wedding sale for the studio during that particular year.  How did I turn it around? Massive over delivering!  But, I’ll will save that story for another day ;~)

Hey gang, that’s it for me today.  It’s late in the day and time for a little R&R.  How about I see everyone sometime tomorrow for about the coolest wedding photograph ever – you’re going to love it!