A Trip To The Original Sleeping Beauty Castle 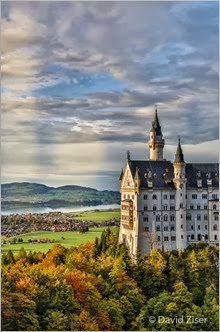 The weather on our trip through Eastern and Middle Europe has ben treating us very well.  Even though the morning may be full of mist and fog, most days the sun has won out and it has turned into just a beautiful day.  That’s exactly what happened today.

Today we decided to make the trip through the mountains to see the famed Neuschwannstein Castle, considered to be THE most beautiful castle in all of Germany.  This is the castle that inspired Walt Disney’s Sleeping Beauty Castle in Disneyland. It was about an hour’s drive from where we were staying and driving the German roads is really easy.  We were there in no time and along the way, the morning fog and mist began to lift and by the time we arrived to the castle, the sun was shining brightly, the skies were blue with white puffy clouds….it was a beautiful day.

A Trip To The Original Sleeping Beauty Castle

I suspect readers have no clue about Neuschwannstein Castle but the minute you see an image of the castle, it becomes instantly recognizable.  It was built by King Ludwig II and even though KLII was deposed (by politics, not people) before he finished it, it stills stands as one of Bavaria’s most treasured and visited landmark.

And, I have to tell you that your first glance of the Neuschwannstein Castle takes your breath away.  The closer you get it’s imposing and magnificent presence up on the steep mountain only makes even a greater impact on you. We picked up our tickets for both castles - Neuschwannstein Castle and the neighboring Hohenschwangau Castle – and were on our way.

DAZNOTE: Hit this link right here to see several views of the Neuschwannstein Castle, both interior and exterior – it will blow your mind. And to think we got to walk through those hallowed walls – pretty cool. That’s one I can take off my bucket list ;~) 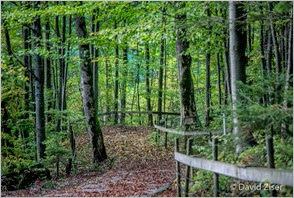 This trip turned out to be more than just a simple trip to this famous castle.  Anything over on “this side of the pond” as far as tourist attractions seem to include a lot of hiking and hill climbing just to get to the main attraction.  The same was true this excursion. At the end of the day after touring two castles, the Marien Bridge – check out the 360 degree view from the bridge right here - and the Bavarian Museum, we figured we walked about 4 miles up and down steep climbs, steps, and forest trails.  As beautiful as it was, it was a good workout.

Anyway back to the castles and a little history.  King Ludwig’s father, King Maximilian II of Bavaria built Hohenschwangau Castle. It took him about four years to complete the job – not bad considering he built it way up high on a mountain without the help of the modern equipment in use today.  Oh, this wasn’t the main castle for the family either – it was there Summer residence.  Looks like it pays to have a really good job ;~) 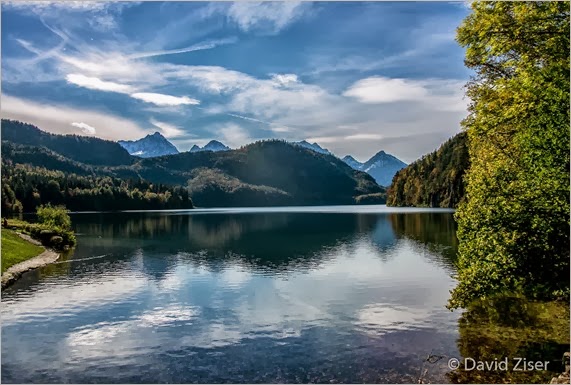 Ludwig as a child was inspired by his dad’s castle but once he became king at the tender young age of 18 and a rich uncle died, he had the funds (mostly) to build his dream castle.  He decided he wanted and an even bigger castle than his dad’s and eventually set to work on Neuschwannstein Castle.

Both castles are considered private museums and as such, no photographs were permitted inside the castle. Still we got some great images from so many locations around the castles including Marien Bridge, I really didn’t mind so much. 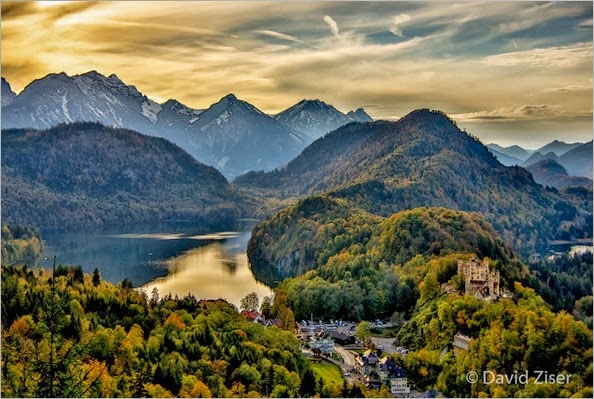 I’ve put together a few images what LaDawn and I shot from our castle visit below.  Go ahead and have a peek at two of the coolest castles in Germany and the beautiful surrounds.  Please Enjoy!  David and LaDawn

Hey gang, that’s it for me today.  We got a few more things to see around Oberstaufen including a trip to Switzerland which we just found out is only about an hour away.  Have a great rest of the day wherever you are in the world.