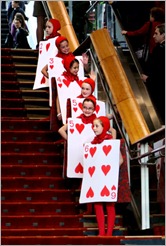 We arrived in Washington, D.C. last Thursday and have been on the run ever since.  First off, the weather has been perfect - great for viewing the cherry blossoms which we yet have had a chance to see. Today the temperature dropped significantly so I hope the blossoms continue to remain on the trees.  In fact the official 100 year anniversary of the National Cherry Blossom Festival kicked off yesterday in the same convention center as Photoshop World. Lots of cute kids running around to help with the celebration ;~) Needless to say, it is one busy place.

We're still holding out hope to see the 100 year anniversary of the blooming blossoms. Photoshop World wraps today and we're sticking around a few more days to take in the sights.  OK, time to get to today's Quick Hit Monday post. Here we go...

Photoshop World Kick Off Was A Hoot!

This year's theme was all all about politics with Sarah Palin even making an appearance.  The opening ceremonies had everyone in stitches!

Oh, BTW, that’s me with Sarah after the opening ceremonies.  Actually, Sarah was played by Pasty Gilbert, an actress in Washington, D. C. Head over to her website right here to see more of Patsy as Sarah – check out the video too. She does a great Tina Fey impersonation too ;~) 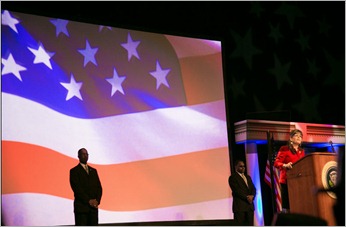 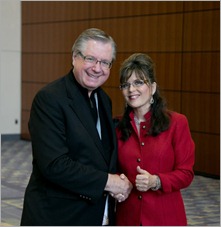 Anyway, everybody is having a great time up at this year’s Photoshop World – it’s their largest East Coast convention in many, many years!  High Fives to all the people that work so hard to pull it off.

Yep, I picked up my brand new Canon 5D Mark III the day we arrived,  My good buddies at Dury's had reserved one for me and went out of their way to see that I had it by the beginning of the convention. Thanks - you guys!

Here is the quick hit list of my very early impressions. 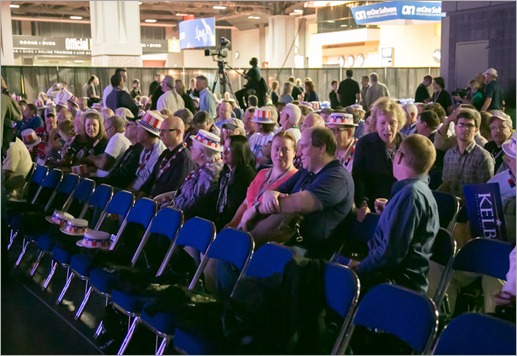 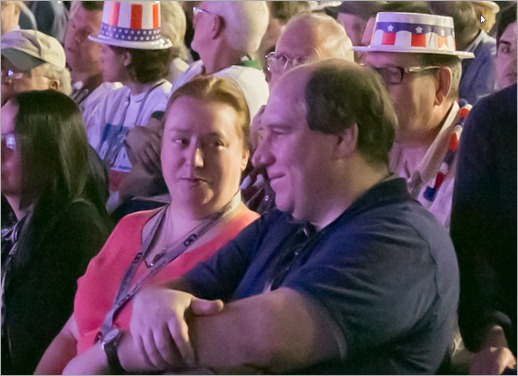 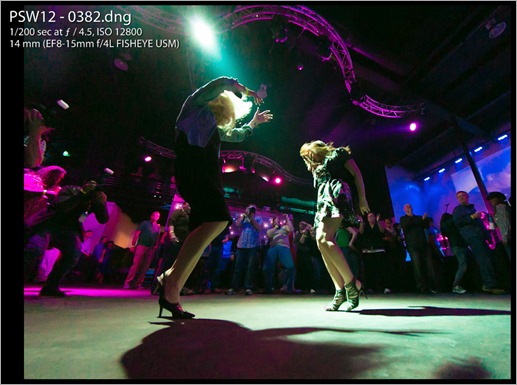 My Wedding Shoot-Out Was A hit

Once again my class was a sell-out with about 48 attendees being part of the group that headed to the historic St. Matthew’s Cathedral where JFK’s funeral was held years ago.  The sanctuary is amazingly beautiful and truly a joy and inspiration to photograph.

I also brought out my brand new lens I picked up when I took delivery of the 5D Mk2 – Canon’s 8-15mm zoomable fisheye!  WOW! What a cool lens to work with! We captured some amazing images in the cathedral – here are a few.  I’ll share more with you throughout the week. 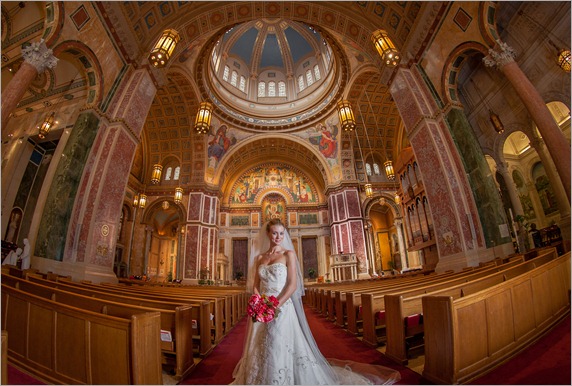 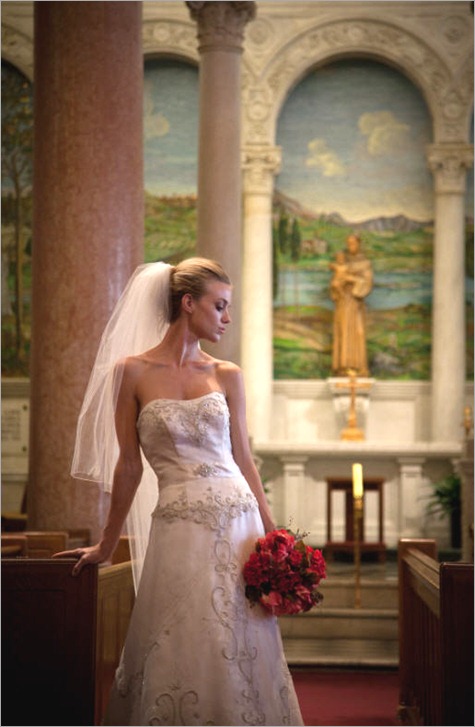 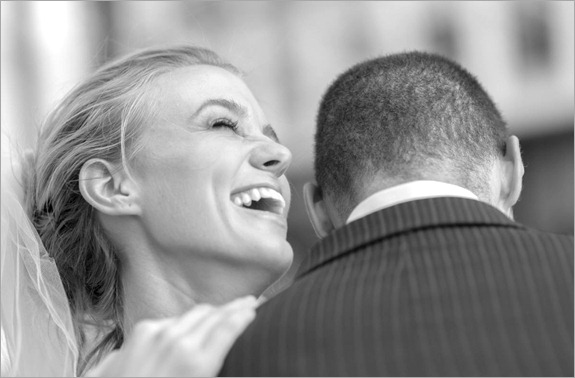 I had another pleasant surprise too during the workshop.  A handsome gentleman comes up to me and introduced himself. 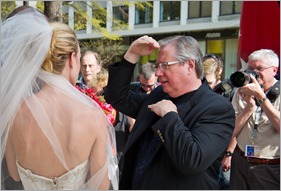 It’s Mike McCaskey, the former president and Chairman of the Board for the Chicago Bears.  Mike always comes to Photoshop World and has been a friend of Scott’s for several years.  What an honor it was for me to have him in my class.  Mike also took a few shots of me during the class as well – THANKS Mike.

There’s a lot to talk about from my pre-con class but I need to be getting back to the convention so I’ll update you more this week.

I’m Featured At The Adobe Booth! 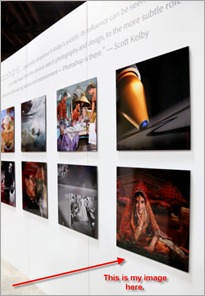 This was another surprise.  As we were walking the show floor, I noticed a photograph of mine hanging in the Adobe booth.  I had submitted some samples weeks ago and now – here was one of my images.  This has always been one of my favorite wedding images so it was exciting to see it at the show. There were not many images displayed so it was quite an honor to be included in the elite company of so many esteemed photographers.

Hey gang, it’s getting late and I’ve got to call it quits for today.  I’ve got one more program to give today at 2:25 p.m. and need to review it one more time before I hit the stage.  Check back tomorrow – I hope to have a brand new Technique Tuesday for you.