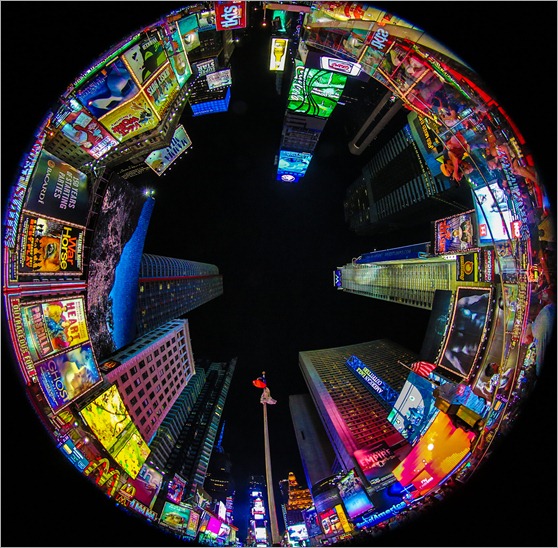 This is one of the last images I captured at Times Square last night.  We were near 46th Street looking back down Broadway.  Before me were all the buildings, lights, and "glittereeze" that makes Times Square such a photographic Mecca.

I framed up the cornucopia of dazzling lights and billboards and shot away. The camera was pointed nearly straight up at the night sky which gave me the unique perspective of showing the building both before me and behind me. Zooming back to the full circle (full circle on the full frame 5D Mk3) 8mm setting on the captured this image.

Because of the range of the scene brightness, I had to select an exposure that would capture the true feeling and excitement of Times Square.  The HDR effect helps eliminate any hot spots too.