It has been quite a week.  Even though we’ve been in Orlando for the week, we certainly didn’t see much of the mouse. It was great to visit the gang over at Kelby Training and appear on the GRID on Wednesday. A quick update, my latest video is in production right now and should be on line before you know it.  It’s all about composition – never pointed my camera at a bride once ;~)  I really enjoyed shooting the video and I hope you enjoy it too.  I’ll let you know the minute it goes “LIVE”.

Also Sarah Petty’s “I Do” wedding webcast featured me as one of the presenters – hope you got a chance to catch that too.  There is still one more 4-speaker session scheduled for next week, January 11, 2012 so you’ll want to get registered for that one too. Here is the link right here.

Make BIG Money Being A Shoot and Burn Photographer

OK, do I have your attention?  Even mentioning this topic raises the ire of most seasoned wedding photographers.  Add to that the fact that the “shoot and burners” hate the flack they have been taking in the wedding profession.

The REALITY of the matter is that the “Shoot and Burn” wedding photographer is not going away.  I want you to think iTunes Music Store here.  Steve Jobs turned the music industry on it’s collective ear with the launch of the iTunes Music Store in April 2003.

The music labels saw their sales dropping rapidly with music sharing sites like Napster and Kazaa dominating the internet. Jobs major insight was that people didn’t necessarily want to steal their music, they just wanted a convenient way to get it.

At a $1 a pop, the iTunes Music Store became an instant hit serving up it’s 16 billionth song in October of 2011. Guess what, the recording companies are happy once again. Sales may not be on CD’s but the volume of sales through the Apple Music store offsets that decline nicely.

This is the same kind of REALITY wedding photographers have got to come to grips with – the “Shoot and Burn” photographer is here to stay!

OK, I’m playing Chicken Little here claiming that the sky is falling on the wedding photographer – but it is to some extent.

The real problem is this; Most photographers simply can’t make a living as a full time “Shoot and Burn” photographer.  The math just doesn’t work. 20-30 weddings a year at $1000-$1500 after expenses and taxes will net you about $25,000/year – an income level pretty darn near to the nation's poverty level for a family of four!

No money here folks unless you hire a slew of stringers, more expense, and plan to shoot a gazillion weddings a year. The REALITY is that most “Shoot and Burners” are doing it for what I call “BEER MONEY” – extra income so they can indulge their photography addiction and maybe even have a few extra bucks left over for a vacation or to purchase their latest toy…whatever – not a bad thing either.

So the REALITY again is that most (all) “Shoot and Burners” are part time photographers and I have no problem with that either. But the REALITY of this situation is also that the average amount of money spent on wedding photography has dropped precipitously over the last 5 years.  And most of the “main street” studios are out of business because if this situation.

The problem also centers around today’s buying public.  They hire a photographer and think they are ENTITLED to the images. Why? It’s because of the evolution of how we share images these days.  Rarely does someone pull out a wallet picture to show a friend.  All the image sharing is done on-line. And, the customer WANTS those images to share with family and friends.

Any Hope In Site?

I said it a million times at DigitalProTalk.  The “Shoot and Burn” photographer talks the “home run” out of play. A “home run” is when you client reviews your images via more traditional methods, like a studio review, exactly how I have conducted my business for years, and orders about everything you show them.  A few years ago I had a client order 1,200 images to be placed in 6 leather bound albums.  Then she ordered three sets! Yes, nearly a six figure sale – now that’s a home run!

Is There Solution To The No Money “Shoot and Burn” Dilemma

Years ago, back in the film days – does anyone even remember them anymore – all of us wedding photographers had big film/lab bills.  Mine hovered around $41,000/yr. for film and processing! The film and processing costs evaporated with the advent of digital cameras, hence the “tsunami” influx of new shooters, the advent of the “Shoot and Burner”, and the big drop in wedding averages. But look closely, therein lies the solution too. 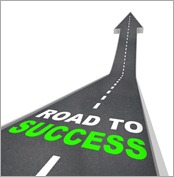 The day before we left for Orlando, I got a call from one of our DigitalProTalk readers, Michael Andriacco.

Michael was home on leave from the Air Force and was in the process of setting up a part time photography business and wanted to pick up a few Zumbrellas and a few other items from our Digital Resource Center before he headed back to Guam. He was being redeployed stateside and his life in the Air force was going to settle down after his tours of duty in Afghanistan and Guam.

I asked him to stop by – we talked for a couple of hours about his photography in Afghanistan, Guam, and his new business. It was a great visit not just because he was a nice guy, but because of the insight to the “Shoot and Burn” dilemma he offered.

Here’s what Michael is doing:

1. Charge for the wedding coverage itself – say $1,500.  That coverage includes the DVD delivered to the client. 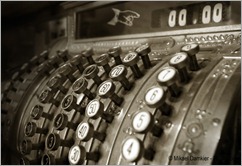 2. Charge a processing fee to cover all the post production time to really polish the images before they are delivered to the client, let’s say $1,000.  That, BTW, was about my cost for wedding proof processing back in the film days.

His analogy was simple.  Back in the film days we had processing fees from the lab to make our proofs look their best. We need to charge for the time we invest in our own post-production – genius insight!

3. Charge an Album Design fee too, say $500.  Hey, if you are spending time on the process, you need to charge for your time! Me, I would do a quick design with LumaPix just to show the client how cool an album could be for them.

4. Charge for the album too – that’s a no-brainer.  Give the client a choice of press printed albums all the way up to a beautifully bound leather albums from Zookbinders – $200 to $2,000 depending on album selection.

As you can see, even being a “Shoot and Burn” photographer you can finally get the price of your coverages up to a fair price for you, your clients and still remain competitive. Charging the “processing fee” differentiates you from the “fly by night” competition who are delivering junk to there clients – and there is a lot of junk being delivered these days.

It shows that you are a true professional who is committed to his/her client and wants the best images for them. Heck, does the client want to put a crummy picture of themselves on Facebook?  Not if they hire Michael, because he is going to make them look good before he ever delivered the images to his client.  It reflects positively on both he and his client.  It’s the difference that makes the difference and the main reason to choose “Shoot and Burn” photographer, Michael Andriacco, over the competition!

I plan to continue this discussion next week on Business Day Thursday.  I sure hope you’ll chime in with your remarks on this.  It’s a HOT topic – how about being part of the conversation.

Hey gang, that’s it for me today.  The weather has turned nice and after yesterday’s super long day, I promised LaDawn a little time in the sun or at least away from my computer.  Have a great weekend and I’ll see you back in good ol’ KY next week.

Have a good one everybody,  David