"Fly Away With Me" 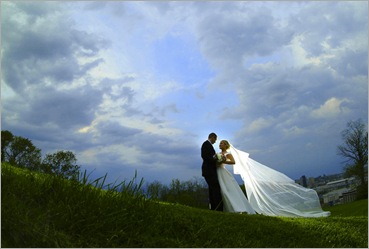 "Fly Away With Me"
©David A. Ziser

This is one of my first and still remains one of my favorite digital images.  I had only been shooting digitally for about 4 months by the time this image was taken in April, 2001.  As I transitioned over to digital, all I had to go by was my film experience.  The good news was the fact that I could now get a preview of my shots on my LCD screen on the back of the camera – “chimping” was born.

I loved taking this kind of image in the film days – fast shutter speed, appropriate aperture to underexpose the sky for the dramatic effect, strong backlighting, and a puff a wind to finish the result.

That’s basically what I did to capture this image.  I’m noticing though in the EXIF data that I used a slower shutter speed that I would have normally – I’m generally in the 1/250 for this type of shot.  That necessitated the smaller aperture to darken the sky – remember, f5.6 is my aperture of convenience most of the time but not in this example. That would mean that my strobe backlighting the couple was at full power or 200 w.s. to accommodate the smaller aperture used.

OK, that was a lot of dancing around the exposure to capture the shot. Could I have used others settings?  Sure – in hindsight F 8.0 @ 1/250 second with the flash at 1/2 power or 100 w.s. would have worked just fine too.