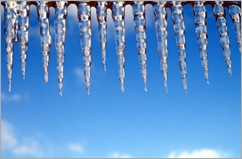 Brrrrrr!!!! We woke up to 27 degrees in sunny downtown Daytona Beach today - Heck, I asked the front desk what time the ski slopes opened today;~)  Regardless, it's still good to be in sunny Florida for the next couple of days.

So did you get a chance to work your way through the 10 Technique Tuesdays I posted yesterday - lots of great information available. Anyway, let's get right to today's Photo FAVS post.

High ISOs - A New Way To Think About Shooting

Hit the “Read More…” link below for the whole story.

Many of you know that I am a high ISO "speed freak" when it comes to shooting. It probably goes back to my early college days when I was working my way through school as a school photographer.

The fastest film we had at the time was Kodak Tri-X film rated at 400 ISO.  New developers were hitting the scene back then - Accufine and Diafine to name two.  Diafine developer could push Tri-X up to 3200 ISO - unheard of back then.  The problem was that the negative did not print that well at that high ISO.

I stumbled upon a different high ISO solution back in those late 60's.  My favorite film/developer combo was Kodak Tri-X film processed in Edwal's FG7 developer diluted with a 9% Sodium Sulfite solution.  That gave me a very useable shooting speed of 1600 ISO - perfect for the football and basketball games I was assigned to photograph back in those days.  OK, am I losing everybody  - just hang in here with me a bit longer.

Everybody who saw my shots were pretty impressed with the results - fine grain, nice detail in the shadows, and good looking prints- from the "kid" photographer.  I was just 21 years old.

Anyway, that quest for high ISO shooting continued as I was building my fledgling photography business.  I remember when Kodak introduced their brand new high ISO Vericolor 400 film - WOW! 400 ISO in 1988. I even got to "beta test" it back then. As a footnote, one of those "test prints" went on to be the highest scoring print of the Mid-East Print Competition and I was named "Photographer of the Year." Boy, it sure changed how we shot weddings.

The film evolution continued with Kodak introducing their 1000 ISO film and finally settling in on their Kodak Vericolor 800 ISO formulation.  This film became my only choice for shooting weddings in the years leading up to my switching to "digital" in 2000.

As I migrated to digital very early in the last decade. Sorry, couldn't resist.  I was curious about the new high ISO settings I found on the new digital cameras.  I began testing them - 800 ISO on my then Fuji S-1, 1600 ISO on my Nikon D1x.

Was there a problem? Not as far as I was concerned.  Heck, I felt they looked as good, maybe better than I was getting out of my high speed color films.  Picture Code had just introduced their beta of Noise Ninja and it seemed to work magic on any noise I was seeing.  I was hooked.

So are these new "speed freak" cameras going to change how we shoot weddings?  Well, they should, but maybe not in all the ways you might consider.  It's more that just pointing the camera at a low light subject and taking the picture.  Heck, a tripod will let you do the same thing.

These low light cameras open up all kinds of new possibilities for all shooters.  If you use flash, the high ISO settings will let you use much less "flash power" giving you many more flashes per charge.  Even now, shooting at 800 or 1600 ISO routinely for me at a wedding, I can make the 4 AA's in my Canon 580 EX2's last all day.  It's only going to get better.

Another benefit of the new high ISOs means "slower" glass will work in the same shooting situation. That should put a few bucks back into the back pocket for a lot of photographers. Now we will be able to shoot at F4 instead of F2.0 to obtain the same result. Think about it - the high ISO cameras should really expand the lens choices we can use on any job.

More On The High ISO Upside

I foresee a lot of photographers, now armed with these new high ISO cameras just shooting away without any regard to "contrast control" or "direction of light."   I suspect we all will capture some great low light images but I think the other side of the coin – quality and well lit images, is going to suffer.

I like a post I found at Matt Adcock's Flashflavor site.  Matt appreciates that the quality of light does not have to suffer when applying the use of the new high ISO cameras.  Check out his post right here where he describes how he uses his off-camera flash in low light conditions to add the "polish" of directional lighting on his shots.  Here is the link right here.

This past November, Matt followed up the post with another by his buddy Dave from DQ studios.  This is a great article - you can give it a read right here.  You can see there are lots of possibilities available to us.

The main point I want to make today is the fact that lots more LIGHTING DOORS open up if we understand the full ramifications of these high ISO cameras.  It's more than just shooting in low light situations.  It's also about how these low light situations coupled with creative use of low power off camera flash can add vitality and polish to our imagery.  Once again, it will be the "difference that makes the difference" for those of us who will embrace the far  reaching implications high ISO cameras bring to the mix.

Here is one more link to check out.  It's at DigitalPhotoPro right here.  They hit on some of the points I've mentioned and provide a listing of all the high ISO cameras.  It's a nice reference article.

Hey, just my 2 cents worth.

Hey gang, that's it for me today.  Have a great one and hopefully a warm one and I'll plan to see you same time, same place tomorrow.