Business Day Thursday: You’ve Got To Strike While The Iron Is HOT!

I’m getting a much earlier start on the post today in hopes of getting up before the day ramps up again for us. Part of the reason for the continued workload has to do with sales, yes, sales and promotion and brand building.

We just wrapped our PhotoPro Expo and many of you may be getting pretty darn tired of hearing about it ;~)  Sure, it’s been an important part of my life these last few weeks and I’ve enjoyed sharing my excitement with my DPT readers. We’re already planning PhotoPro Expo 2013!

But what happens after a big convention? Most of the convention planners, and I know from experience, wrap their shows, take a deep breath, sigh, and plan to take the next few weeks off rationalizing that they can finally take that much deserved rest.

The same is true for many of those who photograph weddings. “What a day, 8-10 solid hours of shooting, I’m whipped. I think I’ll take a few days off.” Sound familiar?  The fact of the matter is that in the days following your wedding event – these are the days that should be the busiest for you just as they are the busiest for us after our convention.

You’ve Got To Strike While The Iron Is HOT! 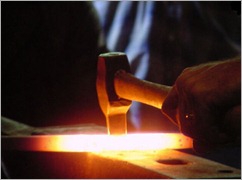 These are the days that you should be processing images, uploading to your blog, Facebook, and Animoto.  These are the days you should be sending the bride and groom and moms and dads a few images that they can share immediately with friends.  This is the time to strike while the iron is HOT!  HOT with the excitement of the previous weekend!

Why do so many photographers let the excitement of the wedding day cool off and then try to rekindle those embers by waiting many weeks before getting the important things done that the client expects?  At that point, as B.B. King says, “The thrill is gone!”

Fanning the nearly burnt out embers of the wedding day excitement is an exercise in futility and hinders a “client experience” that could be so much richer if we had fanned those flames when they were burning brightly 24 hours after the wedding.

Don’t Get Left Behind! 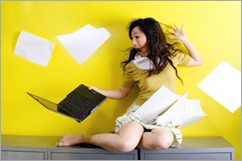 Today’s digital world is moving much more quickly than ever before.  The lesson to be learned is, “Don’t get left behind!”  Act NOW – as soon as possible after the wedding to share those images, at least a select few of those images, in front of your clients’ eyes.

By doing that you are adding oxygen to the roaring flame of that wedding day excitement. And, when that excitement and anticipation is peaking with the bride and groom and their families, that is the time they will want to share that excitement, thanks to your quick response – YOUR IMAGES and YOUR BRAND – with their friends and family! As I’ve said earlier, you’ve got to “strike while the iron is hot” if you expect continued growth and success in this business.

That brings me back to why we are still so busy.  I’m practicing my own advice. Let me reiterate my third paragraph above:

“But what happens after a big convention? Most of the planners, and I know from experience, wrap there shows, take a deep breath, sigh, and plan to take the next few weeks off rationalizing that they can finally take that mush deserved rest.”

And that folks, is the worst thing I could be doing in the these days after our hugely successful convention. We have been spending many, many hours after the convention reviewing every nuance of the planning, procedures, missteps of the convention looking closely at what we did right and where we can do better next year. Why? Because we want next year’s convention to be even bigger and better.

Photographers should be doing the same thing – reviewing, modifying, planning, and improving their plan for their next wedding. But is doesn’t stop there either.

The BIG push for us in these last two days before we leave for WPPI on Saturday is to finish preparing a vendor proposal which we can present to all the exhibitors at WPPI inviting them to be part of PhotoPro Expo 2013.

With the excitement and buzz we’ve created from this year’s super successful convention, booking exhibitors for next years convention will be much easier NOW and not 9-10-11 months from now when the thrill of this years’ show is only a faint memory in their minds. 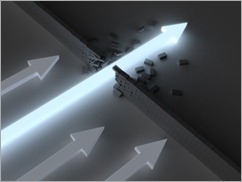 The same is true for wedding photographers around the world. If you want to break through to a richer sales and success you need to move NOW! In those days immediately after the wedding, you too must be calling on all the vendors you worked with on the wedding day just 48 hours earlier.  This is the time to reach out to them with your enthusiasm, passion, and wedding images and begin to forge stronger relationships with them.

Once again, it is that mentality of “striking while the iron is HOT” that puts you above the crowd of so many other wedding photographers who are just resting on the sidelines after their big weekend. Being Pro-active instead of reactive is the one way to assure your success in this business.  I’m doing the same with our convention for next year.  You need to do the same for your next wedding.

Hey folks, time for me to get back to work, probably you too.  I’ll see you tomorrow for a short post and WPPI preview. Have a great rest of the day.