The Magic Of Light

One thing that stuck me was the fact that even though we landed into a very rainy Florence, Italy, the colors were still beautiful.  The soft light muted the colors and tonalities in a special way that is still very beautiful to see and photograph.  We were wondering the Florence streets in the early evening - the rain had stopped by this time - and the cool air, soft light, and warm glow of the city lights made for a very pleasant first night in Italy. Please see the image of the day post above – very cool. 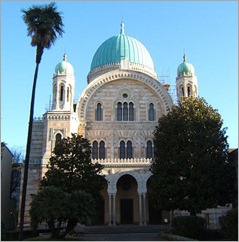 We are on the fourth and highest floor of our historic hotel which overlooks the rooftops of the surrounding buildings just like in the movies. But, one of the best features of our balcony view is the dome of the Great Synagogue of Florence. OK, Most of my DPT readers know I photograph a lot of Jewish events in Cincinnati – weddings, Bar/Bat Mitzvahs, but this is quite a coincidence to be in a completely different country with our neighboring building being this historic Synagogue.

I’ve been photographing the synagogue’s dome at all hours of the day and night.  It’s been a kick to see how the different types of light give the dome a completely unique visual interpretation to the dome.  Take a look at the first image below. 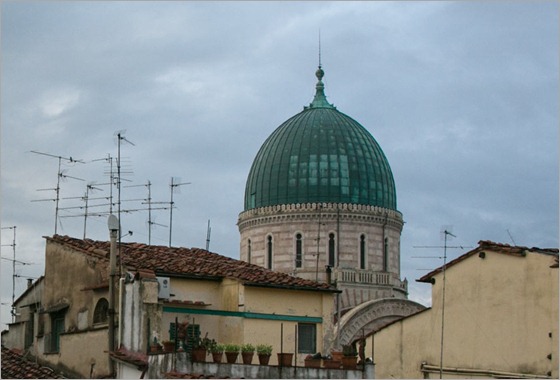 This image was made on the afternoon of our arrival.  It’s a grey day but the soft hues still make for a pretty cool European rooftop photograph.

Now take a look at the second photograph. It was captured at 6:28 a.m. just as the sun was adding the barest hint of color to the morning sky. The dome was still being illuminated by the night spot lights and that illumination together with the early morning light made for my favorite image of this scene so far. 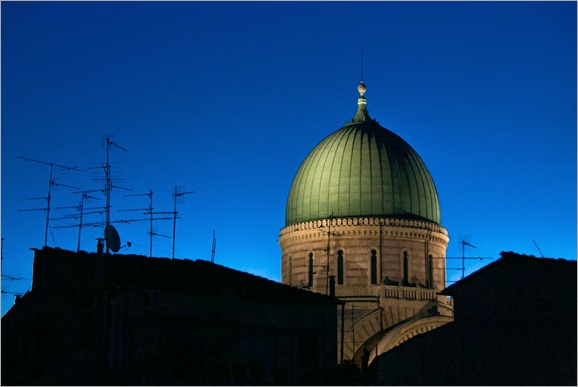 This next image was made just 30 minutes later at 7:00 a.m.  The moment above was now completely lost in the image below showing the dark silhouette of the dome against the sky. Sometimes it pays to wake a bit earlier to see the wonders of the early morning light. 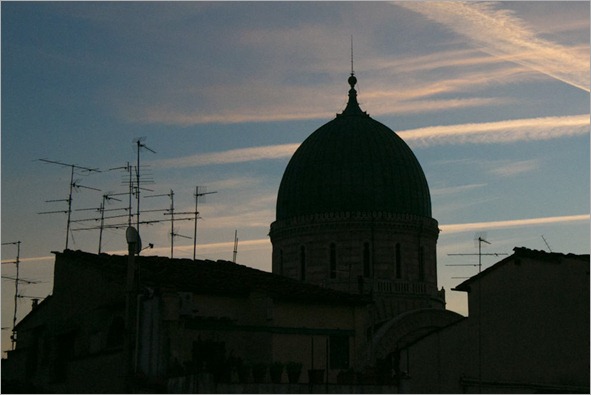 This final image, below, was captured at 10:00 a.m.  The sun was much higher in the sky and the rays were beginning to work their magic on the green dome one more time.  Still, my favorite photograph was the second image shown above.  I love the rich colors, contrasts, and textures of the historic urban cityscape. LaDawn would like all the antennas removed, but I prefer the interest they bring to the image. What do you think? 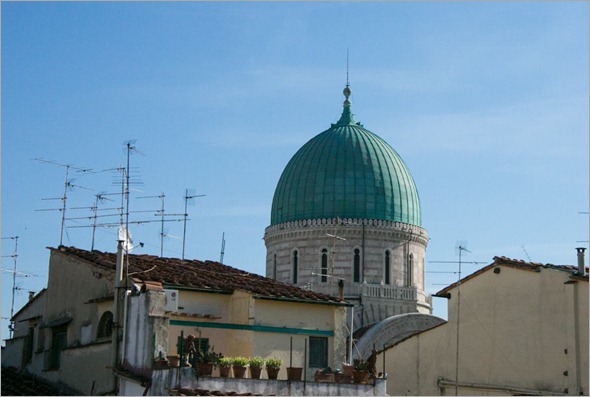 Amazing, the Magic of Light.

Hey gang, that’s it for me today.  I’ll be back again with some stunning HDR images of the city at sunset. Hope to see you then.