Hell No, I Won’t Go! OK, Maybe I Will: A New Approach To Video Storytelling 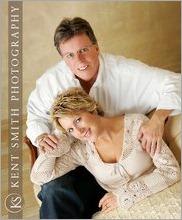 Wow!  I really loved the  Get In Motion seminar presented by my good buddies Jeff Medford and Ross Hockrow.  We landed in Columbus, OH at our friends, Kent and Sarah Smith's studio shortly after 5:00 p.m.  The place was a whirlwind of activity with senior sessions taking place, customers reviewing their orders, even more clients picking up their orders.  Heck, we couldn't even find anyplace in the studio parking lot to park.

Anyway, Sarah was shooting so we waved a quick hello and goodbye - Kent I hopped into his car and headed to the program.  With the rush hour traffic, we arrived about 10 minutes till show time. I said a quick HI to Jeff and Ross and Kent and I settled into our seats to hear the program.  I was locked to what Jeff and Ross were saying for the next 4 1/2 hours!

Hell No, I Won’t Go!  OK, Maybe I Will:  A New Approach To Video Storytelling

The take away message for me was this:  Videography as we have known it for years, especially we wedding photographers, is not where the action is when it comes to creating a compelling video. 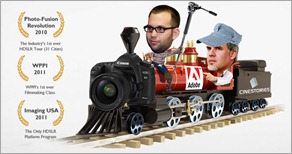 Jeff made a good point about the history of storytelling.  I agree with him that humans are innately wired to hear stories as we have developed over the thousands and thousands of years.  Our first historians were oral historians. Videography is a very passive way to approach storytelling.  Film making is the pro-active way to tell a story.  As he continued, Jeff showed great examples that emphasized his point further.

So what is the secret of film making?  The answer was one of the most important messages of the program for me.  To be a good story teller, you need to sequence your shots.  Think still photography for a moment.  How do we photograph weddings? We meet with the bride and groom, we get the entire day's activities laid out, we find out who the important people are that are not to be missed, we ask about any special festivities/activities that will take place during the day. 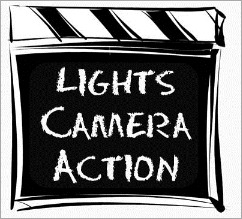 After. have all the details, we now put together a game plan for the day's wedding celebration.  Ross emphasized that it was this same thinking for a film maker.  He used the term "shoot sequencing" - shoot sequencing is the shot plan of the day.  What photographs/image sequences do you need to tell the story, how are you going to get those shots, how are you going to tie them all together into a compelling film?

It all made sense to me.  It struck me that is was systematic, educated and a well planned way to tell a story, exactly the way we still photographers approach our sessions/events.  I always thought videography was just pointing the camera at the action and shooting for hours.  Sure, that's the way to do it if you want one boring video like so many wedding videos we've all seen.  Jeff and Ross's approach completely  hanged my thinking for how to approach DSLRS video.

Here are the quick bullet points they made about shot sequencing:

The purpose of film making is Storytelling

Shot sequencing – This is the secret sauce of great videos. You've got to be thinking ahead about 5 shots.

Check out their tour trailer right here.  They concluded this part of the program by showing us this wonderful  video of a mother writing a very touching letter to her newborn son.  That video cut back and forth with the mother's message, the grandmother, writing a letter to her daughter about what a special joy this new baby brought to her as well.  You had to see it - it was a great and very emotional idea! 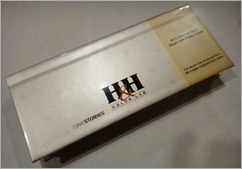 hen Jeff took that concept to the next level and grabbed several frames from the video and produced a very cool album from the unretouched video grabs.  I know what your thinking, " Just how good can photos be from video grabs?". I saw the album - darn good!  He sold the album to the client for $500. Looks like an opportunity to me.

Brian Kraft, my buddy from OnOne Software was also on hand and told me that OnOne was running the same video grabs through the magic of OnOne's software to enhance the images for their best presentation - I can't wait to see that album. 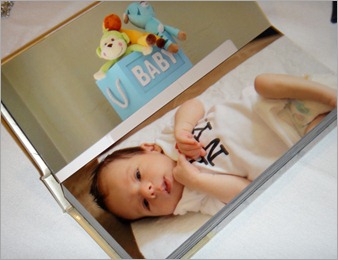 I guess the point I'm trying to make in today's post is this.  Most of us are kicking and screaming against the fact that we might have to do video with our new DSLR cameras.  The fact of the matter is we don't.  But the additional reality is that if we don't take a realistic look at the possibility of offering video, or film making, as part of our photographic services, we stand to be on the outside looking in.  Even though we were invited to the party, we failed to enjoy the festivities! 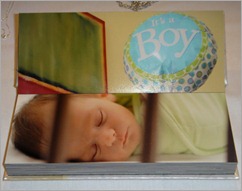 In closing let me say that The Get In Motion tour for the first time offers the "everyman" photographer the real possibility that film making might just be an exciting way to communicate the story their clients want to tell, the story we photographers/film makers can tell best, and telling the story that the clients' friends and family want to see and hear.

Oh, I almost forgot – use the secret code ZISER when registering – it’s the best discount anywhere for Jeff and Ross’s tour – HIGHLY RECOMMENDED!!!

Hey gang, that's it for me today.  Don't forget about our webcast with Suzette Allen Photoshop Fashion today at 4:00 EST.  That's 1:00 PST.  I'll open the doors about 30 minutes before.  REGISTER HERE!

We'll have Jennifer standing by to help everybody get logged in and I'll be following your questions on Twitter too - remember tweet @DigitalProTalk and include #SuzetteLive.  It's going to be a kick.  You can still register right here.

See ya' this afternoon everybody, David