You know how it is when you got a trip on your schedule.  For LaDawn and I it usually means that our bodies each have a built in alarm clocks.  This morning both of our alarm clocks went off about 4:00a.m.  I hit the computer and got caught up on all my lingering emails, transferred about 70 gig of data to a portable hard drive so I could work on my programs for Photoshop World, and then grabbed the iPad and brought up Zite, my favorite "keep you informed" iPad app. 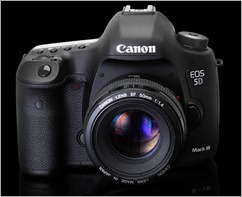 And there it was - all the news about Canon's just announced 5D Mark III camera to be available by the end of March. I have to say, I'm stoked by the new specifications.  I'm usually the first in line at B&H when Canon announces a new camera.  I was the first on my block with the 5d Mark II and the 7D.  Time to get in line for the new 5D Mark III – I hope LaDawn isn’t reading this ;~)

In spite of all the rave reviews the earlier 5D's - both revs - have received over the years, I quickly moved on to the 40D and 7D respectively for my wedding work once those two cameras became available.  In both cases, I found the 40D and 7D, APS sized sensor cameras much more nimble for my wedding shooting routine.

OK, that may change with the new 5DM3 intro.  Most of the nimbleness I referred to earlier was because of the frame rate of both the 40D and 7D.  Also, I felt the focus was quicker in the APS sized sensors.  The 5D’s focus just seemed to bog down in low light for me.

Again, it looks like all that is changing with Canon's new 5DM3 intro [link]. In the new camera we get a frame rate that is twice as fast as it's precursors along with a much superior focusing system.  Sounds like both of these improvements will cure my earlier 5D blues.

After that, things really begin to get interesting for the 5DM3 when you look at the spec sheet.  First of all, I can't wait to give those stratospheric new high ISOs a try.

The reality is this - with these new super high ISOs, we will be able to shoot in lighting conditions 1/500 as bright as we could back in the film days.  I find that an amazing feat with our new digital cameras.

Some may be griping about the fact that Canon didn’t take the bait Nikon offered with their 36mp D800. It comes down to this - just how many megapixels do you need for wedding photography?  I rarely shoot either my 5DM2 or 7D at full resolution. Heck, I was a happy camper with the 20D's 8MP and was printing up 24x36 images from that camera.  Come by the Adobe booth at Photoshop World in a few weeks and you just may see one of those images - no kidding! 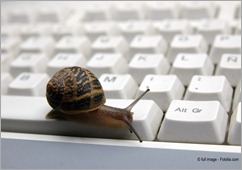 Aren't you tired of constantly upgrading to newer and faster computers just to keep up with the hardware overhead needed to process the ever increasing file sizes.  I’m working on my "rocket box" computer right now and don't want any more slow downs.  22mp is just fine for me and will easily give me a 40x60 inch family portrait.

Now Backing Up Your Shoot Is Easy and Convenient

I also like the the fact that the new 5DM3 is now  has dual card slots providing me the opportunity to run CF cards and SDHC cards, backing each other up and sequentially, for more shooting capacity.  Has it occurred to anybody, other than me, that this camera may have solved our eternally troublesome backup issues.

Just how far behind are you on your backup chores?  We used to burn everything to DVD before switching to RAW 4 years ago.  Now we're slightly behind the 8 ball with a terabyte or two of data to burn to DVDs.  Each job would take about 12 DVDs to back up. But with the dual slot configuration of the new 5DM3, I could duplicate all the images in real time right to a fairly inexpensive SDHC card.

When I checked this morning, a 32 gig SDHC card could be purchased for about $30. I would need less than 2 cards per job and just file the SDHC cards with the client's paperwork - easy, quick, efficient, a reasonably inexpensive solution. 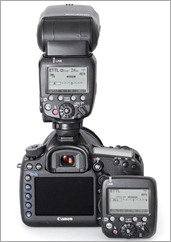 Now let's move on to the new Canon's speed light, the 600ES-RT. I think this really looks interesting.  The fact that it's radio controlled makes it especially enticing.  I've been a Quantum fan since the "get go" but now with Canon being a player in the field of radio controlled flashes, I think things will really get interesting.

But now let's read between the lines.  Canon's flash in only 60 watt seconds, the same power as the current 580EXII.  Interestedly enough, you will see some very high guide numbers associated with the new 600EX-RT.  Why? Because Canon is determining the guide number at it's furthest zoom setting, now upped to 200mm with the new unit.  Hey, any focused light will be brighter at the hot spot, right? OK, it a little juggling with the numbers but the unit is still 60 watt seconds - end of story. That means I need almost 3 600EX-RT's to match the power of my Quantum flash, kind of pricey.

But on the plus side of the equation, the fact that the on camera flash can control up to 15 flashes in 5 groups by radio control makes high speed flash sync a much more compelling option.

Don't get me wrong, I've always loved my EXII's - they're reliable, accurate, and I can shoot an entire wedding without a battery change. What I really like about the new radio controlled unit is the fact that there is a chance it will eventually work with my Quantum flashes.  Wouldn't that be cool!

I called my buddies up at Quantum today, but no word if and when that would/could happen.  They haven't even seen the new strobes to make an appropriate guess about that possibility. We'll have to wait and see.

And finally Canon got it right with their wireless transmitter - I'm talking about the new WFT-E7 Wi-Fi Transmitter [link] for the camera, not the one on the flash.  I can’t begin to tell you how many times I almost bought that $800 Wi-Fi transmitter but was always put off by the fact that is would only work on one camera.  That seemed way too expensive a proposition since I owned both 5Ds and 7Ds.  The new Wi-Fi transmitter works with the 5DM3, 7D, and 60D. Finally one transmitter for all three cameras.

Now I’ll Know Where I’ve Been 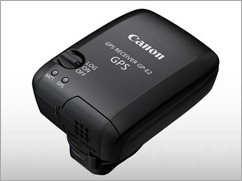 I just talked with my Canon Rep, who is going to be in the area in the next week or two.  She promised me an up close and personal peek at the camera.  I hope to have an update for you at that time - so stay tuned.  What can I say, I'm giving my B&H buddies a call right now and securing my place near the front of the line for it's release at the end of this month. LaDawn says " Boys and their toys…never-ending and always costly!”

Hey gang, that's it for me today.  I was pretty fired up when I heard the news this morning and wanted to quickly share my thoughts about Canon's announcement with you.  I'd appreciate hearing your take on the announcement too.  Just post them in the Comments section below for the benefit of all our DPT readers.

Have a great weekend everybody.  I hope to see a few of you at the Professional Photographers of North Carolina Convention this week-end.  Please come on up and say HI.  LaDawn is setting up the room as we speak so I'm going to join her to see how things are going.

Have a great weekend and I'll see you Monday,  David