Light Up My Life Friday: Lighting The Group Shot

Good Late Afternoon Everybody,
We wrapped this week in Fresno, headed for the lounge for a refreshment or two, and turned in late last night. We decided just to kick back and relax a bit this morning and catch our breath from a very busy week. 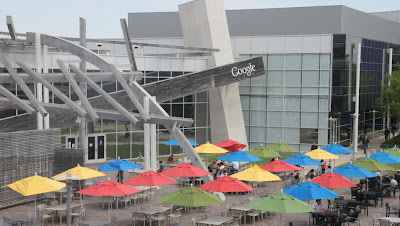 nd what a great week it was -- the highlight of the week was our Wednesday visit to Google. Mike, who was attending the DWUC program that evening, had e-mailed us a few weeks ago and invited us to take a tour of the Googleplex. What a treat! We spent a couple hours there with Mike giving us a very thorough look at the inside workings of Google. Hey Mike, THANKS and a big Hi-Fives for the visit.

Since we don't have fly home this weekend for a wedding, we are hanging out in Fresno for a day or so and planning to make the trip over to Yosemite National Park tomorrow. Heck, we're this close, we should visit one of the most exciting national parks in the US.

On that note, lets get on with today's post.
You Light Up My Life Friday: Lighting Group Photographs
During my Digital WakeUp Call tour I like to visit with the attendees at the half-time break and also at the end of the program. One of the questions that comes up most often is how I photographed my groups. 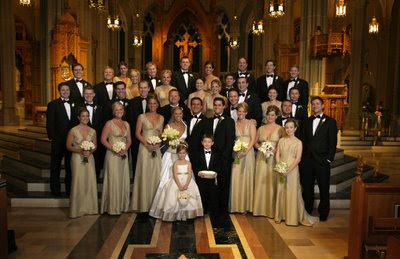 The first half of the program is dedicated to lighting. I specifically discuss how I use my shoot through umbrella for a lot of the images on the wedding day.

So that brings us to today’s topic. Today’s discussion is going to revolve around photographing large wedding party groups -- say 12 to 20 people in the group.

Hit the "Read More..." button below for the rest of the story.

There are a couple things we have to keep in mind when photographing a group this large. Since I'm using an off-camera flash, I have to be sure that I don't throw any of the shadows of the people in front of the group onto the people in the back of the group. It's imperative that my assistant, from his/her position, can see all the complete faces in the group. Part of my shadow problem is easily solved because I'm shooting through an umbrella which softens the shadow edges and makes any shadows much less distracting.

It's also important how far back my assistant is with the second light. My easy advice I've been giving for years is to pace off from the group 7 steps back or in other words about 20 feet -- and then about four steps over or approximately 12 feet. With my assistant in this position, I'm bringing the light in at an angle of about 25 to 30° with respect to the group. 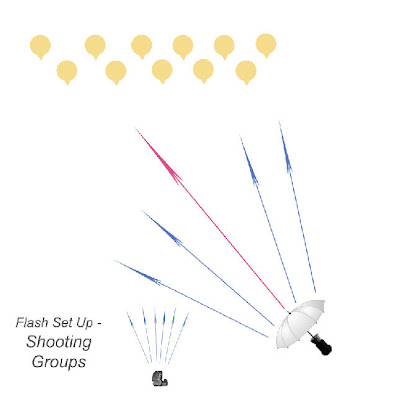 Also it is important to note that when I'm working with large groups I recommend to pose a fairly shallow group. That means that the group is no deeper than about 2 1/2 people deep. I'll cover group posing in a later post.

The only other thing I need to do to enhance the photograph is to slow down the shutter a bit to pick up the ambient light in the church. This allows the image to take on quite a bit more of a dimensional feel because the ambient light gives greater depth to the scene. 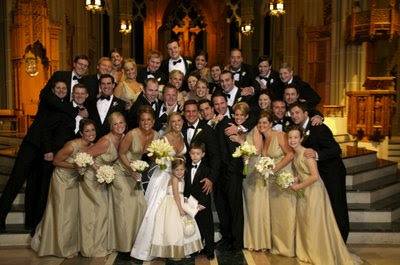 Whether I'm shooting my Canon 40D or my Canon 5D Mark II, the lens of choice for me is always my 24-105mm IS lens with the aperture set to F5.6. The camera set to ISO 800 at about 1/20 second. I want to assure I see everyone's face ad then it's important to work quickly as NO one in the wedding party wants to be taking these photographs as a reception party is waiting.

So there you have it all the facts and the figures and a road map to take really good group photographs at your next wedding.

Hey gang, that's it for me today. The late start on the day has not given us much of the day left to enjoy so I think I'll hop in our minivan and explore the surrounds of Fresno. So, until next week, everyone have a great weekend and I’ll see you Monday in LA.
Adios, David
Posted by David Ziser at 7:14 PM

Email ThisBlogThis!Share to TwitterShare to FacebookShare to Pinterest
Labels: lighting