Confession Day Monday: I'm Out Of the Closet -I'm A RAW Shooter and My New Economic Stimulus Package

Good Morning Everybody,
Well, we arrived, safe and sound, albeit, a bit jet-lagged, but we’ll be fine by later today. We are here this week with many friends from the Cincy area to see the opening of a play in London’s West End – more on that later this week. Anyway, I love visiting this country – so much history, beauty, and adventure. I’ll keep you posted as the week progresses. In the mean time, let me offer you…

I'm Out Of the Closet -I'm A RAW Shooter
Okay, I have to admit it, I've come kicking and screaming to the RAW side. I've been taking flack for shooting JPEG's for the last eight years. The flack has come from my fellow professional photographers, fellow trainers in the field, and several thousand attendees at my seminars.

I had the images to prove that you can indeed produce a great print off of a JPEG. I was showing 24 x 36 inch images at every presentation I gave. I had it figured out - my exposures were dead-on 99% of the time, I was able to shoot quickly and keep within the tight exposure parameters that being a JPEG shooter demanded. I loved the fact that I could backup a wedding in only five gigs of space as opposed to 50 gigs of space if I shot it in RAW. 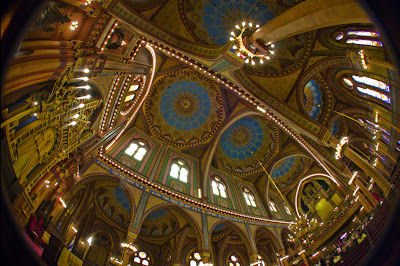 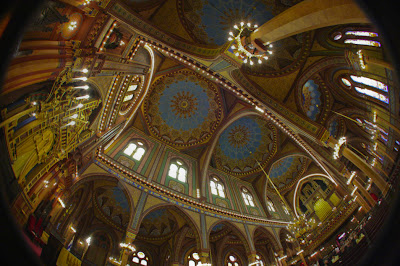 That's where I was. I was ready to stand my ground. I had a whole slew of jokes that I gingerly tossed back to the RAW shooters in the crowd. Things like, “RAW was for sushi and oysters only.” Or “It takes a real photographer to shoot a JPEG. We've got a nail the exposure every time.” And, lastly, “What does RAW really stand for.... R-eally A-wful W-orkflow?” I’d stoke the crowd, encouraging the JPEG shooters to join me - cheering my remarks.

In my heart I knew all this was really just in good fun. I always thought, if you get a great image shooting JPEG then, go for it. If you prefer to shoot RAW, then fine, shoot raw. For me it just wasn't much of a religious argument. And you know, there are three religious digital arguments out there.

For me, I always just wanted to get the best looking image I could. I was a film shooter - I always worked for dead-on exposure. I brought that over to my digital shooting and JPEG's filled the bill just fine.

What changed my mind? Was caused me to come out of the closet after shooting RAW for the past eight months and keeping it a secret? What made me switch? It was Adobe’s Lightroom. Check out the two images posted here - I wish you could see the difference more clearly, but on my 27 inch monitor, the first image just sizzles with detail and color. The second - a Jpeg - just doesn't. Playing with these two images in Lightroom was the start of the turning point for me.

When I opened the RAW image, started to play with the Lightroom sliders, and my eyes opened wide-eyed and my jaw dropped low when I saw all the results I was getting with my RAW image. In all honesty, I was really surprised at the range of control I had over my RAW image and how I could make the colors and details pop! The ability to recover the highlights easily in Lightroom, to add the fill light were needed, and to give the image that added vibrancy tweak is what really made me think much more seriously about shooting RAW.

I can remember kind of smiling to myself when I decided to shoot raw for the first time, that is, to shoot the entire event and RAW. I kept thinking myself, do I have enough cards. I mean, normally I'm shooting about 3000 to 4000 images on the job - see Related Links below.

Shooting that many images at a much higher file size, that meant I was going to be packing a whole lot of pixels in my camera bag when I came home. I did the math, bought some new flash cards, and resigned myself to shoot at first wedding and JPEG raw format.

I also have to admit I was really concerned about the hard drive real estate I was going to use up one I downloaded these cards. Anyway, I lived through my first experience and I wasn't too shaken by it. In the beginning, I did find myself shooting more slowly – 11 megs a shot, you know.

The final straw for me was when Adobe introduced Lightroom 2 Beta and made it available for general download. I had been wonderfully surprised with the results I was getting in Lightroom 1 when manipulating my RAW file. But with Lightroom 2 Beta and the added feature of the adjustment brush, all things changed for me. It was the ability to adjust this RAW file with two stops latitude either under exposed or over exposed and be able to do this selectively if need be and much easier than in Photoshop, that convinced me to be a RAW shooter.

Let me say again, it's not just the versatility of the RAW file that convinced me to change. It was the versatility of the RAW file TOGETHER WITH Lightroom 2's new features of the Adjustment brush, Spot removal brush, and the Gradient tool all being used together to produce a final result and being able to do it so effortlessly without my requiring to jump through those too many digital hoops of Photoshop.

So folks, there you have it I'm out of the closet. I'm a RAW shooter - even for my vacation photographs! Will I ever go back to shooting JPEG, the answer is probably not. With the prices of flash cards dropping like a rock and hard drive real estate getting so inexpensive these days -- a terabyte drive for about $140 -- really makes it a “no-brainer” to be shooting RAW.

I still shoot pretty much the way I did when I was a JPEG shooter, trying to nail the exposure every time, checking the histograms and highlight alerts on my viewfinder, and always trying to get the best image I can first in the camera. I only have one problem. I've got to come up with a whole bunch of new jokes now ;~)

Point of clarification from last week's post
Regarding last week's post about the Canon 5D; I did shoot all those images in JPEG mode. The simple reason I chose JPEG mode in this instance was because Adobe Camera Raw had not released a version yet to support the new Canon 5D Mark II.

DigitalProTalk Economic Stimulus Package Announced!
As I read many of the comments from my readers, which I appreciate very much, many of you are saying that you hope to attend our next Digital Master Class scheduled for April 27 – May 1, 2009.

I know the economy has been a roller coaster these last several weeks, and may stay that way for several more. Many of you, I know, are considering attending the upcoming class and have said as much in the comments. I’ve talked it over with my staff and we've agreed to hold the price to only $795 till the end of this year for anyone who wishes to attend the spring session.

The class is about half full at this point, so if you want to save yourself $100 on the tuition, then give the studio a call at 800.292.2994 within the next six weeks to reserve your place in class. You can get all the class info over at DavidZiser.com. Anyway, we always have a great time and I hope to see many of our Digital Pro talk readers at the spring session of my digital master class.

Hey everybody, that’s it again for me today. See ya’ tomorrow for Technique Tuesday where the topic will be, Lightroom 2 Adjustment brush or NIK Viveza? See you then, Adios, (Are you allowed to say that in Great Britain) -David

Email ThisBlogThis!Share to TwitterShare to FacebookShare to Pinterest
Labels: RAW vs. JPEG