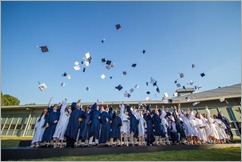 I realize it's been a couple of days since I last visited with you here DigitalProTalk.  I'm about neck deep in the my new book and spent quite a bit time both on Friday and today adding about 8,000 more words to my opus. The weekend was also quite busy – we had a high school graduation to photograph on Friday and that included a special portrait set up where we could photograph requested photographs for families desiring family portraits.

After getting in around 10:30 p.m. Friday night, transferring images to the computer, backing up the images, recharging the flashes, and grabbing a little dinner it - was pretty late when we turned in. That didn't change the fact that we had a super early wake-up call the next morning. We had a be at the synagogue at 7:45 a.m. and begin photography by eight o'clock in the morning. 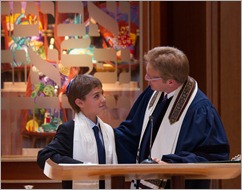 Normally I do an entire series of photographs of our Bar Mitzvah boy on the Thursday of his last rehearsal before the Saturday event.  But in this case the family wanted all the photographs done on Saturday morning. That was no problem, it just meant a much earlier start time than usual. Anyway, everything went “smooth as silk” and we got a fabulous coverage of young Jack’s Bar Mitzvah Celebration.

This was another special weekend for me as I've worked with Jack's family now for many years photographing his two aunts weddings were Jack was the ring bearer in both. That was a number of years ago but it's been fun watching Jack go from a rambunctious, high-energy kid to a poised 13-year-old  young man who conducted himself and his Saturday morning service with polish, class, and confidence.   What can I say I love my job.

Anyway, at Saturday's event I had the chance to explore some more shooting possibilities with my new Canon 8-15mm zoomable fisheye lens. As I began to work on this post today one thing led to the other and before long it was developing into another marathon post.  My plan is to break it into two parts. Today I like to share with you my experiment from Saturday morning shoot in which I did several interior photographs of the synagogue with the intent of removing the fisheye distortion with Lightroom 4 to see what the rectilinearly corrected wide-angle lens photographs look like.

Let's take a look at the first image. It was still early in the morning and nobody else had yet arrived at the synagogue. I stood at the entrance of the sanctuary,  with the fisheye lens on my Canon 5D Mark III and set it’s focal length of 14mm. The image below is the first image out of the camera. 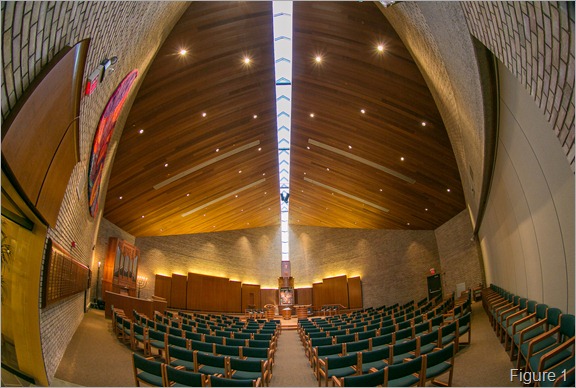 Now take a look at image – Figure 2.  This is after I applied the lens correction  from Lightroom 4. You can see that I have the rectilinearly correct image I wanted and, not only is it cool photograph, it is the widest angle photograph you can take with any lens camera combination. The field of view for this image is 140° wide. 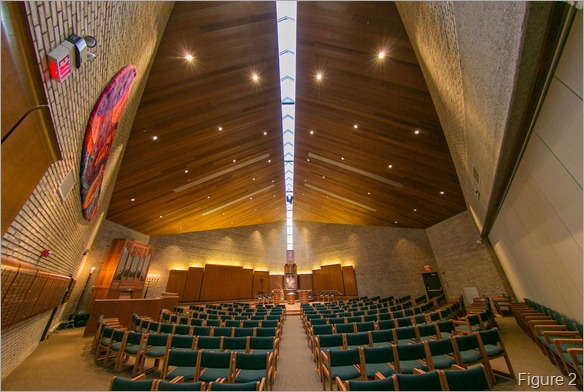 Now let's take a look at the next two images – Figures 3 & 4. This time I wanted the widest field of view from bottom to top. I rotated the camera 90° and took the first image. 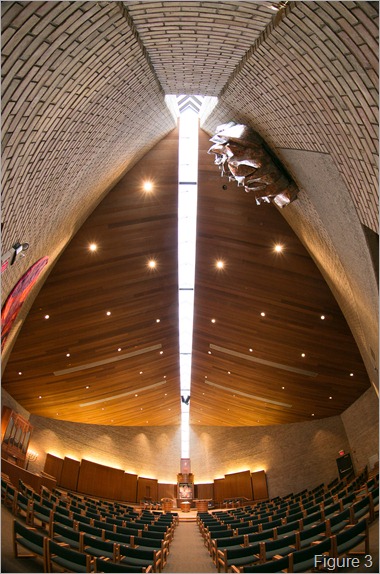 Then, over to Lightroom 4 or apply the lens correction feature.  And, once again you see I get a very nice result – a super-wide angle 140° rectilinearly correct image. Third Try – Super-wide Oblique From The Side 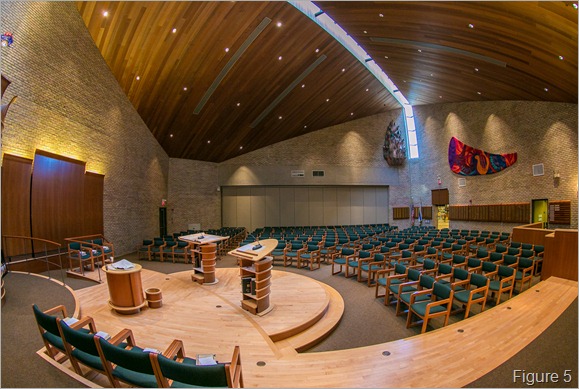 But, with a little Lightroom 4 magic on the image once again it's a great wide-angle view of the interior of the sanctuary – Figure 6. 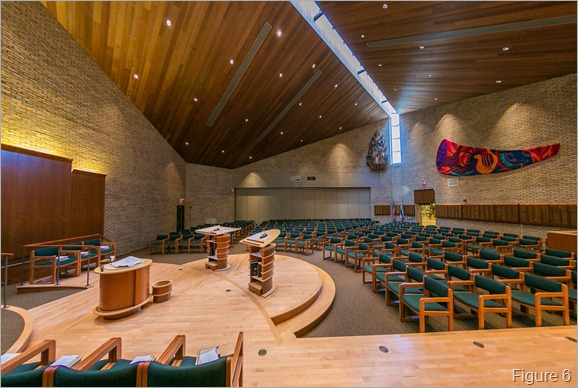 For me, as I mentioned last week, I think this becomes a great tool for those of us interested in wide-angle photography. As I said earlier in this post it gives us a means of creating the widest angle images possible of any lens/camera combination available today

And Now A Super Wide Portrait.

Next  let's try it on a "portrait photograph". After Jack and his family arrived we kicked into high gear and proceeded to take all the family photographs and several individuals of Jack with the open Torah before him on the bimah. I always enjoy getting a couple fisheye photographs with the torah in the foreground in our young Bar Mitzvah in the background.

Look at our first image – Figure 7. It's a great fisheye photograph of Jack reading from the Torah. 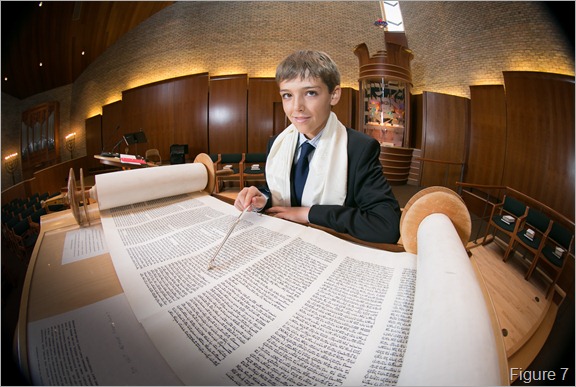 Now let's look at the second image once I let Lightroom 4 work its lens correction magic on the image – Figure 8.  Now we get a super-wide angle view of Jack reading the Torah. The net effect of the new composition is that the Torah completely fills the foreground adding impact to this portrait. 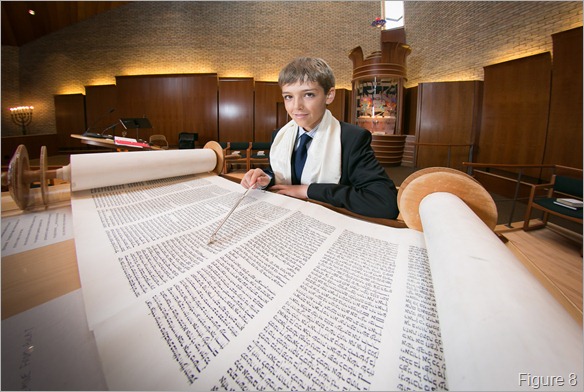 When making a conversion I also got some vertical distortion of of our subject because of the pixel bending going on  in Lightroom’s 4’s lens correction feature. I did a slight vertical correction of that distortion in manual mode. In effect,that made the Torah look even larger but it reduced  a lot of subject that I had picked up from the earlier transformation.

In any event, as I said before, I've got an exciting new tool my camera bag that lets me create images  that not many of the competition are creating here in Cincinnati, Ohio. Remember, it's always the difference that makes a difference. Stick your head above the crowd just slightly and your potential clients will notice.

Hey gang, that's it for me today I got a few more things on my plate that I need to tend to. So how about I plan to see everybody sometime tomorrow for another technique Tuesday. Once again it's going to revolve around pixel bending and some of the new tools we have at our finger tips to make it pixel bending  almost effortless. Everybody have a great rest of the evening and I'll see you sometime tomorrow.