"Rabbi For The Day" 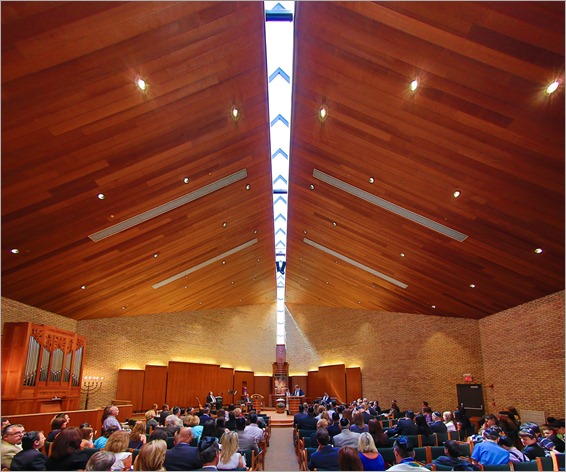 "Rabbi For The Day"
©David A. Ziser

I love this image and made it during the Bar Mitzvah celebration of young Jack on Saturday morning. I decided to give the HDR feature a try on my Canon 5D Mark III. I believed all the elements were there to give me a fairly compelling HDR image. The scene had rich colors, decent contrast, and, I thought the addition of the fisheye lens would seal the deal for me.

I switched on the HDR feature on the camera and set it to Art Vivid and shot away. Since I was shooting handheld I worked carefully to keep all three images pretty much in register for the duration of the three exposures. Upon close inspection it looks like I did a halfway decent job. The problem, when shooting these kinds of events in HDR mode, isn't so much that you're moving camera, it's more the fact that the subjects in the scene are moving as well. I chose a pause point in the ceremony in which Jack and the Rabbi were not moving much at all.

The exposures were made and the camera worked it’s magic on the images.  In any event, I think it's a cool photograph in a cool location of Jack's “Rite of Passage”.