I knew it was going to be a late post yesterday but then it turned into a NO post yesterday.  It just wasn't in the stars.  On Tuesday we were out at nine in the morning and finally returned around midnight - a very long day.  Yesterday morning we were out the door early again and been in the trade show day today. In fact I was sitting in the back of Dane Sanders program as I began yesterday's post. With so much going on we never made it back to the hotel till about 9:00 p.m.  By then I was wiped out - no energy for a blog post.

Today is our first day off since we landed in Vegas last Saturday and I mentioned to LaDawn I was going to spend a leisurely day working on the blog and relaxing a bit. That said, let's get right to it.

Most Amazing New Software Demo's At The Show

Here is a quick recap of what’s been happening the last two days. We visited with soooo many vendors over these last 3 days.  I think we must have walked about 20 miles, at least it felt like 25 miles. One of the highlights of the show was catching up with my buddy, Michael Sheasby, the President and CEO of LumaPix, the makers of FotoFusion.  Mike and I first met 8 WPPI's ago just as most of the the world was beginning to embrace the new digital technologies.

Mike and his partner Mike Monroy were demonstrating the first version of LumaPix.  I was blown away and knew they had the winning app for wedding album design.  I made my introduction and we have remained friends ever since with me becoming their biggest evangelist over these many years since. 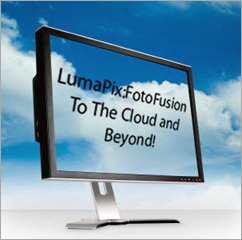 Anyway, FotoFusion has evolved into the most robust piece of collaging software on the planet earth.  FotoFusion has been sitting at version 4 for a few years but at the show they were showing the soon to be released version 5.  Both LaDawn and I were blown away by the power of the new version. In addition to some powerful new text features, they are also introducing a brand new "Publish To The Cloud" feature!

You just had to see this feature in action. After Michael quickly designed an album, one press of the "Publish" button sent it to the Cloud where your clients could easily view it on their computer, iPhone, and iPad and also share the link with friends.  The service is free and allows the album to stay "LIVE" for 30 days.  It was WAY cool new feature.  I'm looking forward to getting the link to the BETA, hopefully later today.  I'll give you the details once I've had a chance so I can give the new FotoFusion a spin. I can't wait!

Most Amazing People We Met

At a convention you always meet so many fascinating people.  For me, that's what’s so cool about coming to a show - IT'S THE PEOPLE!  I've said it before and I'll say it again - too many of today's photographers are locked behind their computer screens Facebooking away and are completely "missing the boat" on meeting like minded photographers, making friends in person, and creating relationships, finding inspration that could take their career to brand new heights. 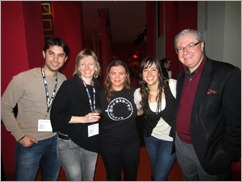 Let me give you a good example.  We were invited to the Peachpit cocktail party - Peachpit is about the best known and most active publisher in the photography, Photoshop space. They published my book Captured By The Light in 2010. Anyway, a few of us were introducing ourselves to each other and eventually this great group came together and we all really enjoyed the conversation and insights we were able to share with each other. 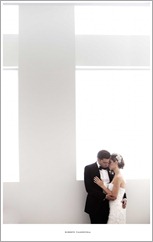 Above is a photo of our group. From left to right; Roberto Valenzuela, an amazing wedding photographer from Beverly Hills.  Roberto is on the Grace Ormond Platinum list and named one of the top wedding photographers in the world by Junebug Weddings.  Check out his work right here.

Next to Roberto is Suzy Clement who wrote the book, Weddings: From Snapshots to Great Shots.  It’s a great book for anyone aspiring to enter the wedding photography field. In the center of the group is Sarah Jane Todd, from Peachpit and the editor we all work with on our projects. 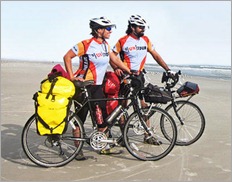 Next is Khara Plicanic, who wrote Your Camera Loves You: Learn to Love It Back.  Khara and her husband recently completed a cross country bike ride from San Diego to Florida in 65 days, 45 of those days peddling, 3,300 miles and 23 flat tires!  It was an amazing story!  She blogged the entire trip – here is the link right here. What a great experience!

And The Winner Is…

Last night we made it back to join the Awards ceremony in time  to see my buddy, Cliff Mautner win Photographer of The Year.  What a thrill it was for Cliff and all of us that know him.  Hi Fives and Congrats!  Cliff – no one deserves it more! And you know what, everyone attending this year’s WPPI was a winner one way or another.  It was a great convention with great talent, unbelievable programs, and a fabulous trade show.  We all will take home many wonderful memories from this year’s WPPI!  Hope to see you again next year!

Hey gang, that’s it for me today.  We have most of the day and are planning a little R&R.  How about I see you tomorrow for a short post before the weekend.