Good Morning Everybody,
Well, today is our last full day in Mexico - we head back tomorrow and get back very late tomorrow night, so we are going to make the best of today. Kent has been working on his Canon 5D Mark II video all week and it is looking very cool. I hope to have it posted on Monday along with some of our additional observations with the camera. Be sure to tune in. 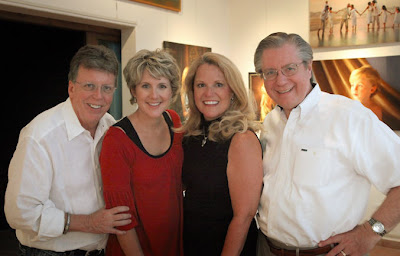 Last night we attended Sarah's gallery opening at Ida Victoria Galleries as I mentioned above. Ida, the owner, along with her husband Pete, have this wonderful gallery and asked Sarah to be the guest artist during last night's Art Walk here in San Jose. About a year ago, Kent and Sarah were introduced to another resident living down here in Cabo. The conversation turned to photography, particularly Sarah's new style of mixed media fine art portraits of children. 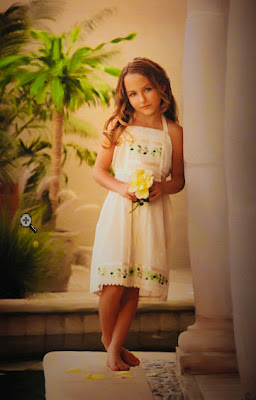 One thing lead to another and Sarah had her first Cabo commission. Word of mouth spread about her gorgeous work, and as they say, the rest is history. Sarah has been photographing the children of several Cabo residents for a few months now and producing some beautiful images. The gallery opening was the official introduction of Sarah and her art into the Cabo / San Jose community.
It was cool for LaDawn and I to be at Sarah's first gallery opening and be supporting our friends. It was especially cool for Sarah too - it was her first experience at anything like this. The gallery visitors loved her work and it was a great evening for all.

Now, how about another episode of Gear Bag Friday...
Quantum Radio Transmitter & Receivers
Probably one of the most important things in my gear bag are my quantum radio transmitters and receivers. Anybody following this blog knows that I am a HUGE fan of off-camera flash. I have been for a number of years. 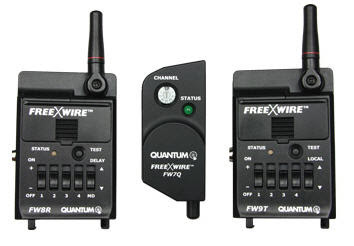 As a matter of fact, back in my college days when I was a hobbyist, a friend of mine and I tried to devise a remote-controlled flash unit. We tried garage door openers and a number of other things along the way but to no avail. 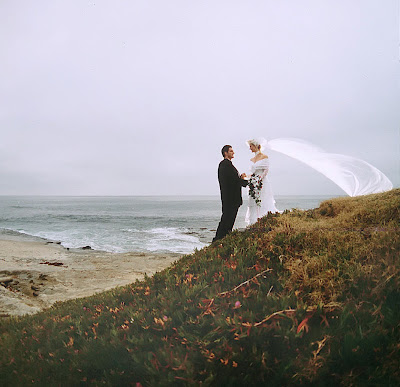 It was about the 1978 that a company by the name of Dyna-Lite developed and started marketing a radio control unit for flash. I purchased the first one that hit town and fell in love with it. Dyna-Lite is still around but unfortunately they're no longer making radio control units.
Other companies entered the market offering a similar product. I remember one company, Lindahl Specialties, that also made a very popular radio at the time. Quantum entered the scene in the mid-80s and that's when I jumped on board with their gear.
They have been in the business of making radio controlled flash units for well over 20 years and really have the system down. I know that there are other companies on the market, such as Pocket Wizard, but I really have no experience with their units. I've been a Quantum fan since the beginning and continue to be impressed with the gear that they make and the reliability I receive (no pun intended) from their units.
Here's my setup.
1 -- Quantum FreeWire FW9T transmitter is Velcro-ed to do the top of my Canon 580 EX II flash. The radio is hard wired into the sync input on my camera. There is the occasional instance when I get some high frequency interference from the 580 EX II flash that keeps the radio from transmitting. It is rare, and happens very infrequently. My solution is to simply reposition the radio transmitter a little further back on the flash head. That seems to solve the problem. 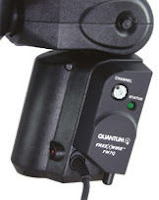 2 -- The moment I release the shutter, the signal is sent from the transmitter to the receiver which is attached to my Quantum T5d flash head. The Quantum FW7Q receiver fits neatly into the side of the T5d. flash head and is actually powered by it as well. I like the fact that it appears to be all one piece of equipment.
3 -- When shooting receptions, I also have a room light set up to give additional illumination to the reception scene. 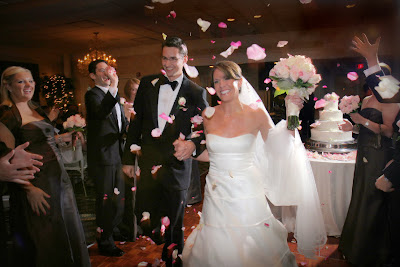 This additional illumination is created with any medium powerful AC powered studio flash which is also attached to a Quantum Freewire FW8R receiver. My strobe choice over the years has been Paul Buff’s White lightning flash units which have worked reliably for a number of years. 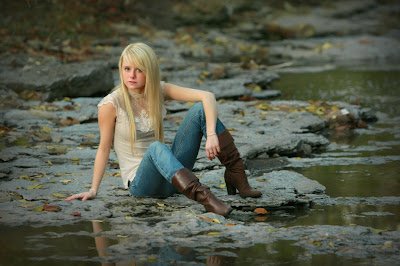 At the recent Photo Expo show in New York City, I saw that my friends at Westcott had just introduced their Strobe-Lite flash units as well. We are in the process of testing them as we speak; just to see how they work as room lights.

So, I'm pretty well covered with one transmitter on camera, one receiver on my mobile flash unit that my assistant carries, and one receiver attached to the room light supplying the additional illumination to the reception venue.
The Quantum radio and receivers also allow me to the place each flash on different channels -- up to five channels. I can choose to fire both channels at the same time or I can choose to turn off one channel, say the channel my room light is on, and only fire my off-camera mobile flash. This is particularly helpful when I'm doing back-lit photographs of the bride and groom dancing. 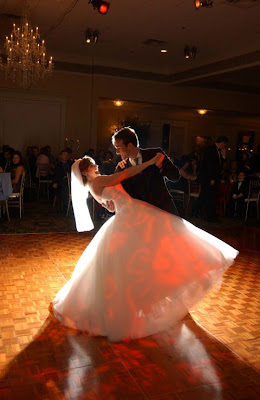 I think that the lighting results far exceed what so many wedding photographers are producing for their clients these days. A single on camera flash, whether bounced off the ceiling, off a fill card, or anything else simply does not give the beautiful lighting that we get with the additional lights that I carry with me to the wedding. We are creating in detail, depth, and dimension on the scene. Our clients see a clear difference in the finished result and simply love it.
I couldn't pull it off without my radio transmitter and my two radio receivers which is why they have such an important position in my gear bag.
Hey everybody, that's it for me today. Sadly, LaDawn and I are packing our bags and heading back to Cincinnati tomorrow. It is hard to leave the beautiful surrounds, wonderful temperature, sounds of waves crashing of San Jose / Cabo San Lucas but hopefully we'll get a chance to visit again next year.
Adios, -- David
Posted by David Ziser at 8:00 AM