What's Up Wednesday: Lightroom 3 Running Slow For You Too? 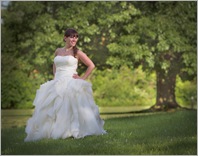 OK, so what was yesterday's biggest surprise around here? I received a call from one of my clients telling me she was contacted by Access Hollywood. I'm thinking, "What is all this about?" It turns out that her daughter wore the same Vera Wang gown Chelsea Clinton wore at her wedding [link] and tells me Access Hollywood just might be calling me for a photograph – WOW! The best part is my client wore it first! By the way, I posted a photograph of my client right here wearing the Vera Wang gown. Check it out - kind of a fun day yesterday ;~)

OK gang, I've got to keep this short and sweet today, because the bags are almost packed and we are heading to Chicago in just a few hours. I’m catching up with my buddy, Will Crocket the genius behind Friday Photo School, and Don, the behind the scenes "brains of the operation".

We hook up tonight for dinner and then it's rehearsal tomorrow. Since these programs are "LIVE", the timing is super important to pull it off with out a hitch.

But for now, let's get right on with today's post.

Lightroom 3 Running Slow For You Too?

OK, I'm on a quest - I want to know if anyone else is have the same issues I'm having with Lightroom 3. First of all, let me say - I'm a BIG fan of LR3. But, that still doesn't mean I'm not concerned about how LR3 seems to be performing for me lately. 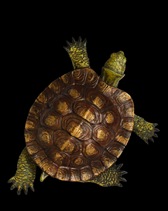 About two weeks ago, I caught a tweet from fellow blogging buddy, Gavin Seim, about his issue with a slow running LR3. I never gave it much thought till,I was working on a job this past weekend. As I was editing in LR3, I started to notice a frustrating ongoing slowdown in my workflow.

I was working in the Develop module and as I moved to the next image, the "image loading" delay was taking 6 seconds. UGH! - what was that about? Wait, it was worse than that. If I made any adjustments in the color channel, it took about 3 seconds before it registered on the screen - talk about molasses speed workflow!

Man, needing a minimum of 10-12 additional seconds to process my typical 3000 image wedding job adds up to 30,000 more seconds, or Over EIGHT HOURS!!!! to my post production. There is something wrong in River City big time.

Yes, Others Were Having The Same Experience

I never experienced the problem in LR2, so I did a quick Google search of "Lightroom 3 running slow" and all sorts of similar posts popped up [link]. It seems I wasn't the only one seeing the problem. 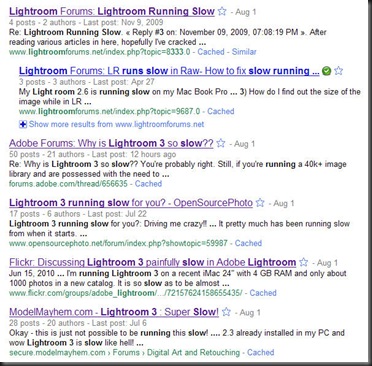 I originally thought the problem was network related, so moved to my desktop computer where the images resided on the local drive. The results were the same - really frustrating.

We had just installed a brand new Windows 7, 64 bit machine into our system network. It's not a rocket box but at least reasonable paced machine. We use it mostly as our print server. Anyway, the production process speeded up considerably on that machine but still wasn't where it needed to be for a fluid, efficient post-production process.

Let's Go Under The LR3 Hood

What was up? I increased the LR3 cache, optimized the LR3 database, all to no avail. I did do a quick Ctl-Alt-Del and was surprised to see that the LR3 processes were running at about 750k memory usage! - Darn high. This catalogue was small at about 1,200 images so the problem wasn’t some giant sized catalogue.

Time To Call The Lightroom 3 Gurus

It was pretty frustrating so I put in a call to Matt Kloskowski, NAPP's Lightroom guru and author of the super popular blog, Lightroom Killer Tips [link]. Matt was very gracious to call me back. He told me he was having no problems running a 34,000 image catalogue on his 2 year old Mac Book Pro. Don't you hate it when your having all the problems and the other guy isn't ;~)

He gave me a few more places to look for trouble. We create a new catalogue for each new job in my studio. Matt warned me that having my catalogues on a remote USB drive will result in a severe performance hit on Lightroom. Well, that is how we have our processes set up at my studio. All data and catalogue file reside in the client parent folder on an attached 2T drive.

I decided to move the LR3 job catalog to my local drive. That helped somewhat but I was still having the "slider drag" issue. I tried about three more options, including re-optimizing the catalogue file for the 3rd time, but all to know avail.

The job that was giving me trouble was the commercial shoot I discussed in my "Shooting Tethered" last week. I decided to file up my Mac Book Pro and see how Lightroom responded on that machine. It worked perfectly on the MAC machine. Drat, I am such a PC person, too!

OK, time to open a few more jobs and see what kind of performance issues I’m having, if any.

I fired up the LR3 catalogue from our Cincy Photowalk. It was a smaller catalogue containing about 400 images and all worked just fine - about 2 seconds to load images and instant response on the slider controls. This catalogue also resides on the remote drive I spoke about earlier.

I opened another 4,500 image catalogue, again residing on that same remote drive. All worked fine with that catalogue too - 2-3 second load times and no lag time when using the color sliders.

Could It Be Bug In The Job Catalogue?

I reopened the problematic job on my local computer and all the original issues persisted. Remember, I said that same job worked well on my Mac Book Pro, but I re-imported those images into LR3 on my regular production computer. Could there have been a hang up in the import process or some unknown data corruption in the post production process? It seems this is the only job catalogue I'm having the trouble with.

Only one way to find out – re-import the job and start over. That's exactly what I did. What happened? That seemed to help but the results are still inconclusive. I'm still not thrilled with the speed of the production process yet. It might just be time for computer upgrades around my studio - here we go again ;~)

I'm curious if any of our DPT readers are experiencing the same sort of problems. I've added a POLL to the right column of the DPT blog asking three simple questions. Is Lightroom 3 running faster, slower, about the same, as LR2? Please cast you vote.

If the problem is widespread, hopefully we can rely on the resources of our readers and others for a solution. Please post any comments, tips, tricks, and possible solutions to the COMMENTS section following this post.

Hey gang, that's it for me today. The bags are almost packed and we are hitting the road shortly. I'll be hailing from the great state of Illinois tomorrow. Be sure to tune in for another money making, profit building episode of Business Day Thursday.

See ya' in the Windy City, David