Heading To Jeruzalem–But Not To The One In Israel

We are pretty much settled into Nemesnep here in western part of Hungary - each day has been incredibly beautiful since we arrived on Saturday.  LaDawn and I have been tooling around enjoying the lovely countryside in this very peaceful, VERY rural part of Hungary. 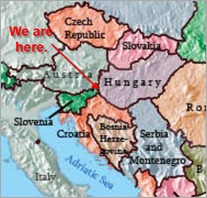 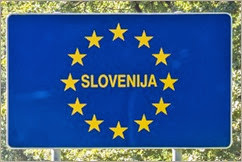 OK, I'm exaggerating just a little, but in reality we we are sitting in the Southwest corner of Hungary just a few miles (kilometers) away from Slovenia, and only slightly further to Croatia, and Austria!  Yesterday we exited the Abbazia Country Club, turned right then a quick left and were crossing the Slovenian border in about 3 minutes - all pretty cool.

We headed to Jeruzalem, Slovenia which was once visited by the crusaders in the 11th century.  They too we're amazed by the beauty of the countryside just as we were yesterday. 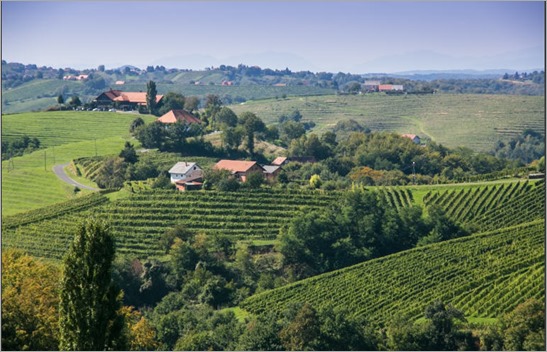 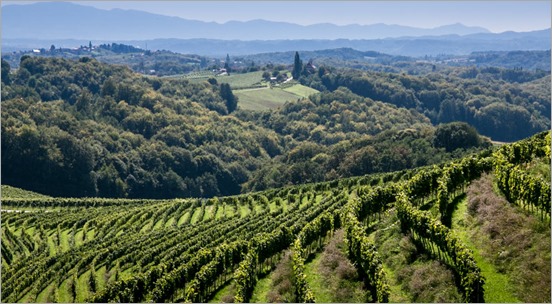 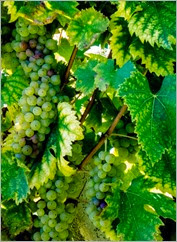 Jeruzalem is a small region of rolling hills only a few square kilometers in size but the region is known for it’s fine white wines.  Yes, we had to stop at a few of the wineries and sample the local favorites. Anyone that knows us, must be giggling to themselves that even in the rural areas of Eastern Europe that LaDawn and I could still manage to find some wineries and try the local wines!

The people were friendly and although very little English is spoken here, we still had a great time.

DAZNOTE:  Even though the language barrier is somewhat of an issue, note the traffic sign, it is not an insurmountable problem.  With gestures, almost like charades to some extent and the basic understanding of a word or two of English by the locals and us in Hungarian, we manage to communicate without too many problems.  Hey, it's just part of the fun of traveling to other parts of the world that don’t speak English.

This photo is of LaDawn and I with a local winemaker who was thrilled to share his wines with us. What you don’t see is the rest of his staff laughing as he was so excited that we wanted him with us in our photo, not just a picture of us in his restaurant/winery. I think we made his day!!

Hey gang, that’s it for the travel update for today.  After our two mile morning walk along the horse path, we're just hanging around the resort and catching up on a little business. Tomorrow it’s off to Ptuj and Malibar.

Have a great rest of the day and I'll check in again soon.