As I mentioned yesterday, LaDawn and I just returned from 3+ weeks of travel in South Africa which included 9 days on Safari and a stint in the Cape Town area, as well.  It was a great trip and we captured some amazing images that I plan to share with you over these next several days. 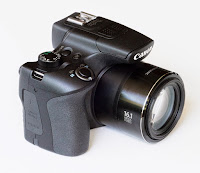 But to get great photos, it helps to have the right camera to do the job for you. For years our favorite travel camera has been Canon's SX60 camera [link] - before that it was the SX50.  I loved the 21-1300mm IS lens which truly made it a camera for all occasions.  The 16 meg RAW file along with decent low light capabilities and reasonable sharpness added to the camera's already nice list of photographic credentials.

But during these travels, this camera was not going to Africa with us.  Why? We just wore it out over the last five years and 200,000 miles of travel. My guess is that the camera has over 100,000 exposures on it.  That coupled with dusty environments, humid conditions, and all the rest have definitely taken their toll on the camera. The zoom lens wasn't working smoothly and the camera took about three or more tries just to get it to fire up - not good. Normally we would have just upgraded to the new SX70 version but in my research, it just seemed like a downgrade from the SX60 - hence the search for a new, easy for LaDawn, a replacement was in order. 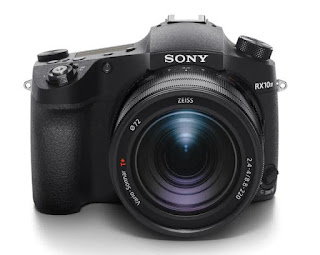 After a few days searching on the web and reading many reviews and watching lots of YouTube videos, I had made my decision.  I decided on the 3 times more expensive Sony RX10 M4.  This camera is getting fabulous reviews EVERYWHERE!

The images seemed incredible, the focal length was nearly the same as with the SX60, albeit with the lens doubling feature.  The 1" sensor meant less noise, it could focus in only .03/second, it was image-stabilized to 4.5 stops, had a 20 meg sensor, and could shoot at a blazing 24 frames a second - plus tons more.  Read all about it over at Sony right here [link].

We still had a few weeks before we were leaving for Africa so I decided to let the Sony be my "go-to" camera for a few trips leading up to our big Africa trip. In early February I headed out to Austin to visit my daughter, Liz for about a week. I had some time to myself so I threw the Sony around my neck and began shooting away at the city surrounds. Here is a quick photo I did of one of the local pigeons sitting on a fence post. 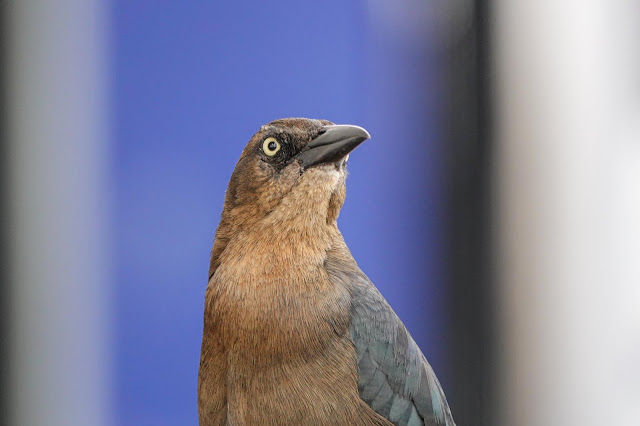 OK, it's not an over compelling image but I wanted to show the sharpness and clarity of the image produced by this camera.  This image was taken zoomed to 936mm which means the digital doubling was coming into play - but still, notice its sharpness. And folks, this image was taken wide open at F4.0, handheld at 1/250 second - pretty darn impressive!  Feel free to click on the image for an even larger view - pretty cool!

A few weeks later, LaDawn and I were on a cruise ship with friends traveling the Caribbean. We love our cruises and we love the stage shows on the ship.  I always have a camera with me to capture some of the excitement of these shows.  But, check out the image below - it was taken zoomed to 70mm F3.5 @ 1/640 second. But more impressively, at 5000 ISO! 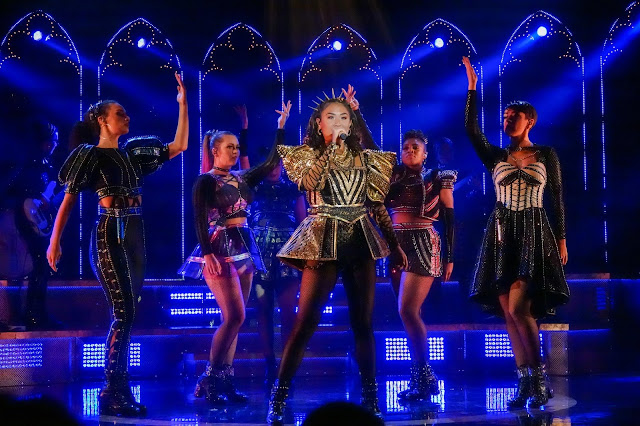 Even at this higher ISO, I think it looks impressive.  I should mention that I am just shooting these images in JPG mode as the camera's internal noise reduction and processing really does an excellent job. Feel free to click on the image for a larger view and notice the minimal grain pattern.

Now finally on to the last image for today. The image below is of Africa's most beautiful bird, the Lilac Breasted Roller.  As we were causing the savannah one day in our safari vehicles we happened upon this beautiful bird. 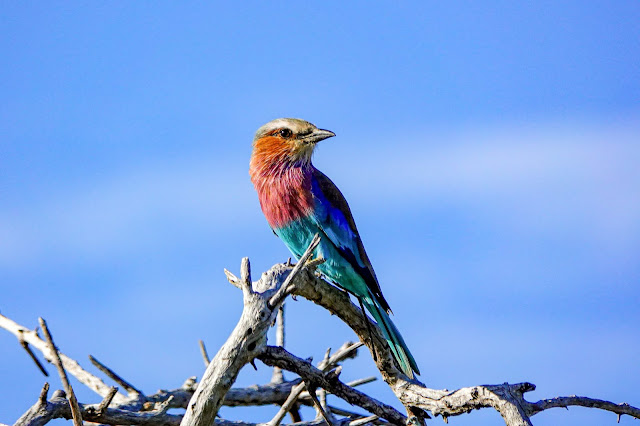 Once again, check out the sharpness and detail of the image. This image was made with the camera zoomed to 715mm F5.0 @ 1/2500 second at ISO400. It's also cropped just a bit to improve the composition.   Needless to say, the image is crisp and sharp and really showcases the capabilities of this super cool camera.

In closing, let me say that I am most impressed with the sharpness of the Zeiss lens this camera is equipped with.  It is just stunning sharp! In the coming days, I'll share with you more safari images with discussions about gear, technique, and safari experiences. I hope you will join me.

That's it for me today. Look for more "goodies" coming up in the days to come. Heck, I just may tell you about my newest fun "camera" I'm "playing" with ;~)

Cheers for now everybody,