I know it’s been a while since I checked in with everyone - so I figured it was about time I did just that. As I said in an earlier post, we spent a week in the Malaga, Spain surrounds and did a lot of exploration and photography – sort of our regular modus operandi as we travel. 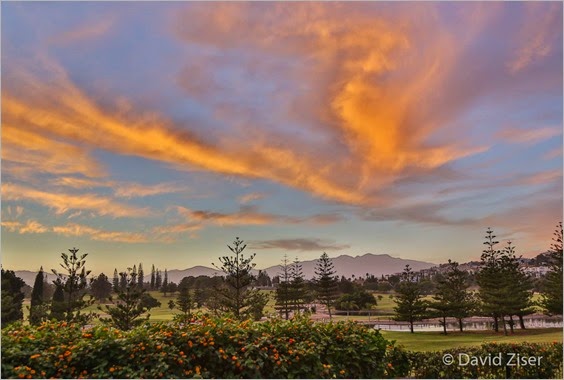 We also did a little R&R as we had been going non-stop for the first four weeks in our travels. Our apartment at the Heritage Resorts at Matchroom Country Club was perfectly situated in the complex with a beautiful view from our balcony porch out over the pool and even further the golf course.  And the sunsets were gorgeous as you can see in the photo above. 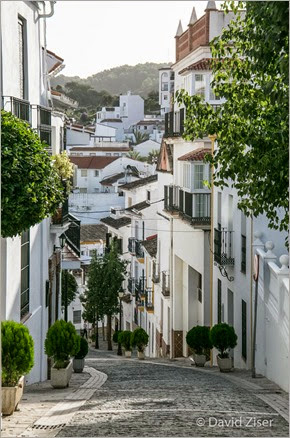 Southern Spain is jammed packed with world class golf courses.  Alas, I don’t play much these days.  But when I did, I got my money’s worth – I got more strokes per hole that most golfers out there;~)

A Photo Safari Through The South of Spain

The first day at our resort we sat in on a meeting which showcased things to do and see in the area. We opted for the photo safari through the mountains, along the river steams, and many other places heretofore unknown to the both of us.

Our travels began with a stop at a quaint little town of steep, narrow streets and whitewashed houses. Folks who have traveled the back roads and small towns of France and Italy often reminisce about the utter historical European beauty of these small towns.  I’m here to tell you that Spain has more than it’s fair share of these wonderfully quaint towns as well. 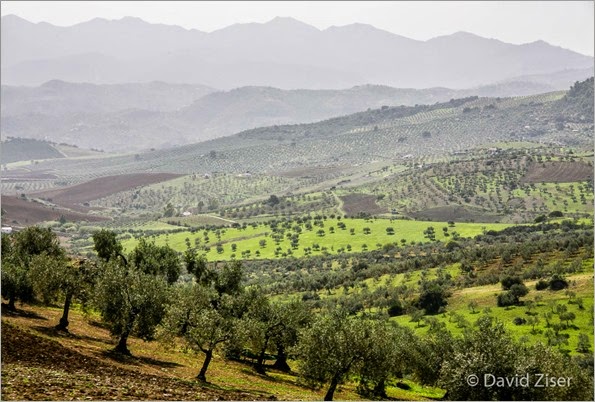 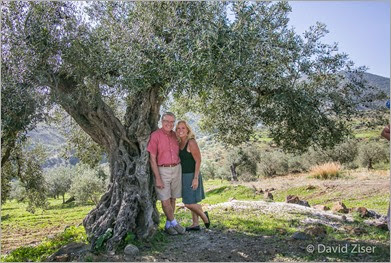 In the southern part of Spain the mountain foothills are alive with olive trees, chestnut trees, and miscellaneous fruit trees including the pomegranate tree – a very interesting species to see. Terry, out driver had us trekking high across narrow mountain trails and the low back roads of the fields below.  It was a fascinating 10 hour safari.

That’s LaDawn and I above posing for Terry, our guide, under a 500+ year old olive tree, one of the oldest olive trees in Spain. I couldn’t believe the narrow, dirt roads we traveled by jeep that day through the mountains. But I think we captured some great images and learned much about the area, plants and history thanks to Terry’s rather diverse itinerary. 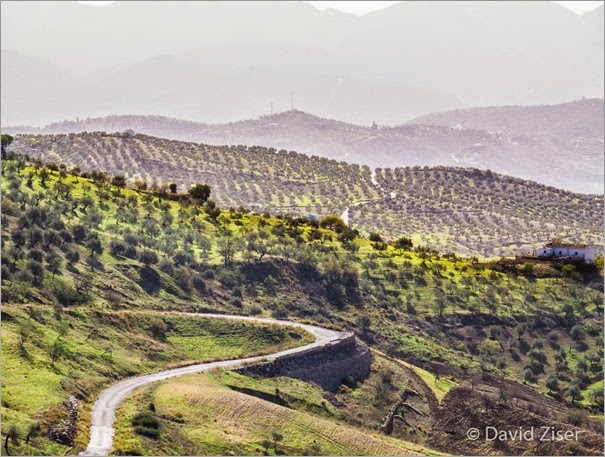 Onto The Cliff City Of Ronda

Ronda is one of the most fascinating cities we visited while in southern Spain. You can read about the city’s 4,000 year old history right here. 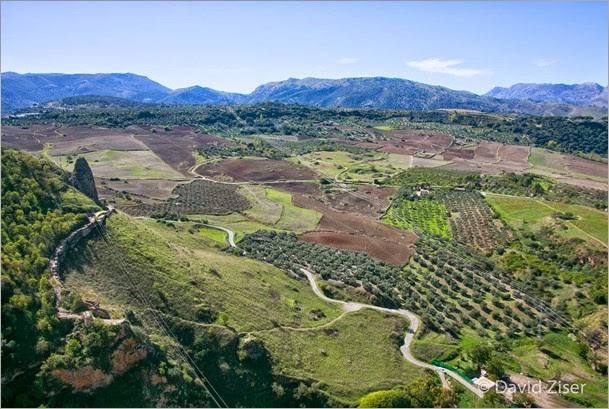 With the town perched up on a cliff, the views were magnificent as you can see in the image above and the image below. 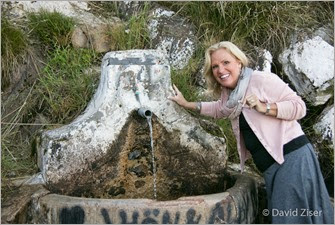 Once again we left early in the morning and made the ninety minute drive through some really large mountains.  Needless to say, the views were magnificent. It’s interesting to note that there are natural free flowing “fountains” along the route which the locals use for refreshment and cooking.  LaDawn is enjoying a cool sip of water from one of the fountains in this image to the right.

Another cool fact about Ronda is the fact that it is home to the largest and one of the oldest bull fighting rings in Spain. It’s called Plaza de toros de Ronda. In fact it is said that Ronda was the birth place of modern bull fighting. I have to admit, there is a certain thrill just standing in the ring while imaging the history and excitement that has taken place with these confines over so many hundreds of years. This pano image below can only begin to hint at that feeling.

The way down the mountain was an equally fascinating journey.  First off, the vistas were just beautiful.  Secondly, on the way down Terry, navigates the jeep into a small pull off area, invites us to get out, motions us to look at the hazy vista before our eyes, and then tells us what we can barely discern in the distance about 40 miles away. We are looking at the Pillars of Hercules – The Rock of Gibraltar to the right and to the left on the continent of Africa, Jebel Musa in Morocco. You have to really stare at the image below to see both landmarks.  Look closely, both are there. This is one of the only locations to be standing in Spain while simultaneously viewing the United Kingdom, Gibraltar,  and view an entire different continent of Africa. 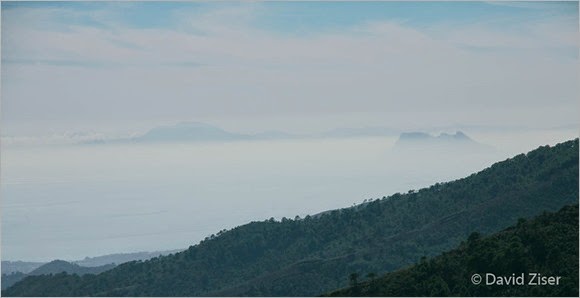 Our next two stops on our travels today included the village of Mijas Pueblo, a cute, busy (and touristy) little town with fabulous views out across the valley and ocean. Our last stop included a visit to Puerto Banús, home to the very, very rich and famous.

You can check out the images from those two stops and many more images from our Andalusia travels in the album and slide show below.  Please enjoy!

Hey gang, that’s it for me today. After our visit to Malaga we headed to Gibraltar and again back to Portugal.  I’ll fill you in over the next few days.