We had a little time to catch our breath over the weekend and are ready to go full-speed-ahead this week. That means that life at the studio and at DPT get pretty much back to normal. That's a relief for me too.  Trying to jam 5 blog posts in during Photoshop World, our busiest convention, is always a time crunching challenge.

Fellow blogger, Terry White, was doing a demo at the Manfrotto booth right next to our booth and I asked him, "Terry, how are you keeping up with at least two blogs now. How do you do it?"  His quick answer; "That's why I was up to 1:00 a.m. this morning."  Many of us have talked about joining "Blogger's Anonymous." ;~)

Anyway, we should be pretty much back on track for the week, so sit back, relax and enjoy.  Now on with Quick Hit Monday.

"Captured By The Light - Encore Presentation" Brings Down The Servers At Viddler! 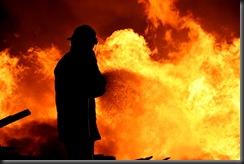 Well, not exactly, but the bandwidth usage - over 8,000 downloads of my 2+ hour webcasts - sure raised eyebrows at Viddler.  That's almost 3 Tera-bytes of bandwidth!!!  Viddler hosts most of my Technique Tuesdays.  I have a few a Vimeo, but Viddler is so easy to use and accepts so many video file formats, I just kind of settled in with them a few years ago.

Anyway, with my posting of my two lengthy webinars, I received a call, not an email, from the vice president of the company. I tried to return the call on Saturday.  No luck, so I'll try again today.  I'll keep you posted on the outcome of the call.  I suspect nothing will change except that they may want to boot me up to a "business" account.  At that bandwidth, that could be as much as $1000/mo charge - YIKES!!! - we'll see.  I'm sure things will work out.

That's right.  I incorrectly said I was heading over to NAPP World Headquarters today to shoot a few Photoshop TV episodes.  Actually Matt Kloskowski told me they were going to be recording D-Town TV episodes.  Either way, it should be fun.

I've spent a little time over the weekend preparing some topics both on Camera techniques and some on flash techniques. I'll keep you posted as to when they will air.

The Hottest News At The Convention - NEW Lightroom 3 & CS5 Features 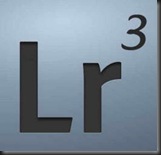 I mentioned it on Wednesday but I wanted to give you a bit more info on the topic today.  During the Opening ceremonies at Photoshop World. Tom Hogarty, showed three new "sizzling" features coming down the road for Lightroom 3.  These new components brought down the house.

The first was shooting tethered - very cool.  The second was the ability to import and organize videos from our DSLR cameras - wow.  And the third, was Lightroom's brand new ability to almost completely vanish noise from our DSLR images - look out 1,000,000 ISO - here I come;~)

I sure wish I would have video-ed that part of the presentation, but I did not.  You can check out USA Today's Jackson Graham's write up of the new LR3 B2 features right here.  Want to have even more fun - watch Terry White demonstrate the new features right here. DAZNOTE: this is a MP4 download, but no big deal - still fun to watch.

You can download the latest Lightroom3 beta through Adobe Labs. Through the grapevine, I hear that this latest Beta is more like Lightroom 2.9 which means it's pretty darn close to the upcoming release version. Check it out - looks pretty cool to me!

The other super cool announcement at the show was the brand new feature in CS5 called "Content Aware Fill".  This was simply "jaw-dropping" when you saw it in action.  I don't want to say any more.

Why, because I want to point you to the video demo of "Content Aware Scaling" right here.  It's a short little YouTube video that's already raised over 1,700,000 eyebrows - you've got to check it out - AMAZING!!!

This new CS5 feature is simply magical and will make CS5 easily worth the upgrade. Pssst!  I hear it's being released April 12, 2010 [link] - less that two weeks from now.  I suspect Lightroom 3 will follow close behind it.

One More For The Road - A Site Worth Checking Out 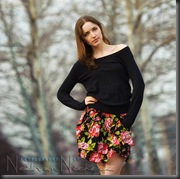 While walking the show you get a chance to talk with lots of people - always a good thing.  In one of my conversations, someone mentioned Planet Neil run by Neil van Niekerk - a great site they said.  I checked it out over the weekend and it does look very content rich, as they said.  Definitely worth the peek right here.

Hey gang, I got to get moving and head over to NAPP World Headquarters.  How about I see everyone back here tomorrow.  We head home tomorrow.  My plan is to post Wednesday's post, "The Case Against FAST Glass" on Tuesday and my Technique Tuesday on Wednesday.  And I said we were getting back to normal  - well, almost;~)