”Seated In His History" 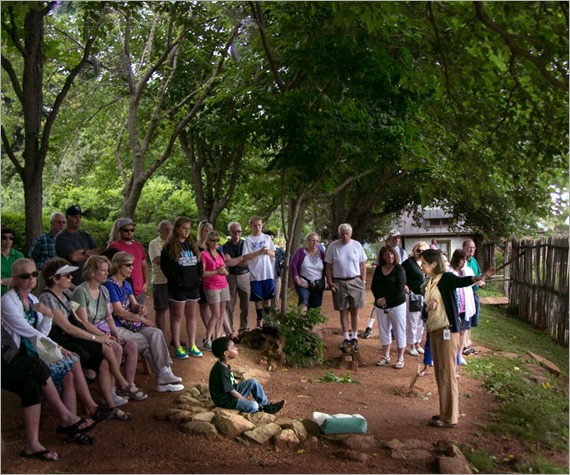 ”Seated In His History"
©David A. Ziser

I found this to be a very poignant moment during our recent trip to Monticello, Virginia – home to our third president, Thomas Jefferson. While we were taking the “Slave Tour” of the estate, very fascinating indeed, and an unfortunate part of our American history, we stopped at one of the outcroppings to one of the slaves quarters on the Monticello property.

The young black boy listened attentively as our guide told the story of slavery on Monticello plantation. What struck me was that he was not only the center of attention for this image but his presence ironically symbolized the much larger moment in history described by our guide.

DAZNOTE: Thomas Jefferson, who proclaimed in our Declaration of Independence the famous words… “…We hold these truths to be self-evident, that all men are created equal…” [link], which he authored and which we are about to celebrate this Thursday, sounded strange to me since he owned more than 200 slaves. Even after his death he only released 6 of that total number.