We are wrapping up the week and getting ready for some time of R&R in Cabo, Mexico -aaahhh!  I've got lots of things already queued up for next week so be sure to tune in everyday.

Hey, just a quick note.  Our first time only SALE over at our Digital Resource Center expires on April 20th.  Head on over and check out the deals.

OK, time to get on with this week's "Keeping The Faith" series.  Please read on and enjoy.

Last week we talked about keeping the faith for Jewish Bar Mitzvahs [link].  This week I promised to cover Jewish Reform weddings.  You may be asking, "Aren't all Jewish weddings the same?"  The answer is an emphatic NO!  Just like there are subtle and not so subtle differences in Christian weddings, the same holds true for Jewish weddings. 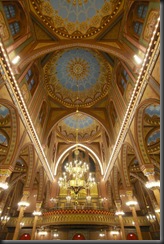 Jewish weddings don't always take place in the synagogue.  Many times they will take place at one of the prominent hotels in the city.  I never quite figured that out when my prospective brides told me that.   The historic Plum Street Temple featured in last Friday's post is about the most gorgeous sanctuary in the country. The entire building just invites its wedding couples to soak up its history, beauty, and faith experience.

Anyway, that's all beside the point today.  Here is how we keep the faith at a Jewish Reform wedding service.

The BIG difference between Christian and Jewish weddings is that the bride and groom do, in fact, see each other before the service. More on that later. That means we have lots more time to capture many great shots of the bride and groom, mom's and dad's, and wedding party before the public service actually begins.

Hit the "Read More..." link below for the rest of the story and lots of images.

We generally begin photographs a few hours before the service. What a great feeling knowing that we don't need to "shoe horn" lots  of photos between the wedding and the reception. We’ve captured all the group photos and my "signature" images ahead of time, before the ceremony is scheduled to begin.

Anyway, once the photographs are complete, and they need to finished up on time, the Rabbi gathers everyone around for the signing of the Ketubah - the Jewish marriage contract.  It literally spells out the terms of the agreement between the bride and groom - how they need to love, honor, and take care of each other through "thick and thin".

There is generally quite a crowd around the Ketubah signing table - bride and groom, parents, grandparents, wedding party, and special witnesses to the Ketubah signing. Rabbi will instruct the witnesses where to sign and where the bride and groom are to sign as well.  They must sign the document in their Hebrew names too. Rabbi generally has a little Hebrew "cheat-sheet" close by so the parties don't make any mistakes when signing the Ketubah with the Hebrew alphabet.

OK, a few things to keep in mind.  Be sure to photograph all parties signing the Ketubah.  Also know that the Ketubah, in many cases is an an original custom work of art.  That being the case, you want to get a few photographs of it as well.  You've got to be moving quickly to get these shots. You are on the Rabbi's timetable, definitely not your timeline.  He is running the show - not you.  You always take his lead and never interrupt the Ketubah signing ceremony. 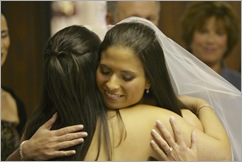 It's your job to capture the actions and reactions of these special moments.  There will be smiles, tears, hugs - lots of emotions - get it all covered.  At this point the bride and groom are OFFICIALLY married under Jewish law.  The public service due to begin in a few minutes is mainly for the friends and families of the bride and groom.

Next will come the "veiling ceremony".  The bride's face will be covered with her veil.  Then she and the groom will say a prayer to each other.  This is a very special moment.  I am shooting all the action wide with one camera and very tight focusing on the expressions with my second camera.

At Plum Street Temple, all these activities take place in the under croft.  Other temples use the Rabbi’s study or a common social area. Once completed, it's time for everyone to line up in the back of the synagogue - that would be the girls, guys, both sets of parents and the bride and groom. 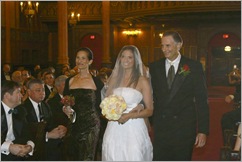 The procession proceeds with the guys escorting each of the girls down the aisle.  Next, the Groom and his parents will come down the aisle followed by the maid of honor and flower girl, if there is one.  Next it's the Bride with her mom and dad.  Be sure to get all the shots of the action.

Dad will hand off his daughter to the groom - there will be hugs and kisses - and then everyone, (including both sets of parents) will ascend the bemah, standing under the Chuppah - the wedding canopy.

The Rabbi will make some introductory remarks and the ceremony begins.  Early on, there will be some prayers over the wine and the bride and groom will both drink from the cup of wine.  The service continues with prayer and commentary by the Rabbi. 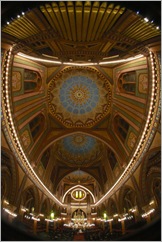 DAZNOTE: At least in Cincinnati, Ohio, we are allowed to shoot the wedding ceremony.  This may not be the case in other parts of the US. It really depends on the "house rules" of the synagogue.  At the very least, we can photograph the processional and recessional.

We are also allowed to photograph the opening seconds (about a minute) of the service then the cameras need to be shut off.  We can begin shooting again a minute or two before the groom breaks the glass.  This can sometimes be a difficult sequence of images to capture as the action moves quickly and can sometimes be blocked by the parents or wedding party. I work very quickly ranging the focal lengths of my lenses from wide angle to telephoto. My goal and obligation is to still come back with a nice variety of images in spite of the very narrow window of opportunity for shooting.

I can't emphasize enough that you ALWAYS follow the "house rules",  If you don't know what they are, check them out ahead of time.  It's the professional way to do things. 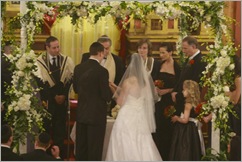 Next will be the ring exchange.  I'm always using long lenses for these shots.  Sometimes, though, the actual ring exchange will be blocked by the bride or the groom.  Just do you best to get the shot. 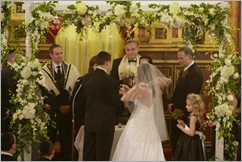 In some wedding ceremonies, the bride and groom will be wrapped in a tallit or tallis and a few more prayers will be said.  We are now winding down and Rabbi will be getting close to the end of the ceremony.  The Rabbi will say a few more words after which the best man will place a glass wrapped in a cloth napkin on the floor of the bemah near the groom. The Rabbi will give the word, and the groom will lift his foot and bring it down on the glass, breaking it into pieces.  Everybody, Rabbi, parents, wedding party and guests shout Mazel Tov – meaning “good fortune”. 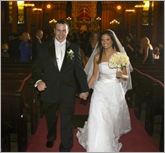 The bride and groom will kiss and head down the aisle and slip off for a few special moments in the undercroft or private area of the synagogue.  I discretely try to get a shot of them.  Remember, this is a very special moment so I make sure I do not disturb that moment the two are experiencing privately.  If it means I don't get the shot, that's OK - like I said, a very special moment not to be intruded upon by the photographer. 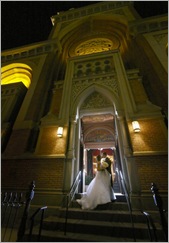 That's about it.  We continue to shoot candids of the families and guests and wait for the bride and groom to re-appear.  I try to get one last photograph of them on the front steps of the synagogue, then it's into the limos and off to the reception.

That's how we "keep the faith" at a Jewish Reform wedding.

There you have it folks - hope you enjoyed the read.  Jewish receptions happen to be my favorite receptions to cover too.  I will plan to cover the reception activities later in the series.

Hey gang, on that note, I'm out of here.  We leave very early in the morning for our travels to Mexico and I've got a few more cameras and lenses to pack.  Look for my posts next week coming to you from sunny Cabo - lots of good things planned.  My only problem, keeping all my pixels out of my margaritas ;~)