Somewhere In The Middle Of The Atlantic 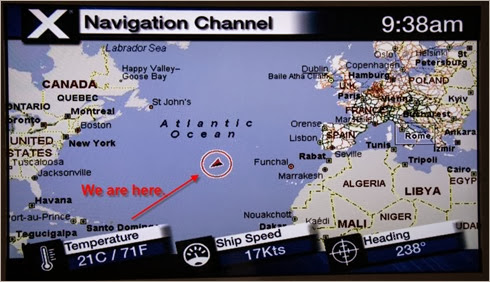 It’s been a while since I’ve checked in at DPT.  The reason, we’ve been at sea for 6 days and the internet on the ship is very expensive, very, very slow and many times non-existent.  But I thought I’d give it a try today just to provide you with an idea of our where-a-bouts.  Anyway check out yesterday’s post that wrapped our travels in Cornwall right here.

After we left Cornwall, England we made the 4 hour trek back across the bottom of England and finally arrived in Southampton mid-afternoon.  The sun tried to peek out and managed to do so for a few very brief moments or two but for the most part, we’ve been seeing mostly gray skies for the last 4 days.  Who cares though, we’re in England ;~)

Heading Out To Sea

We settled into our hotel for the evening and were up reasonably early the next day and headed down to the docks to board our ship for the two week crossing back to the good ol’ USA.  We had made the crossing in the Spring and were looking forward to this trans-Atlantic journey as well. 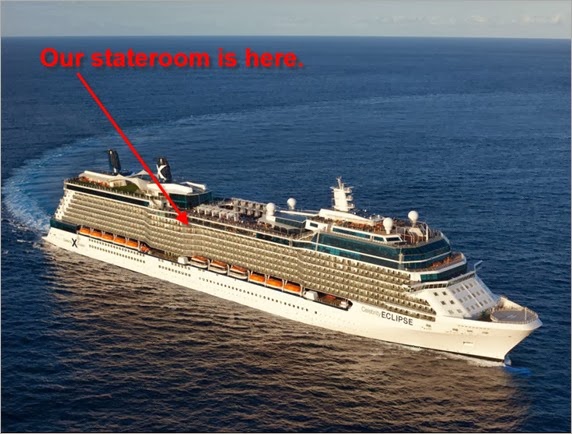 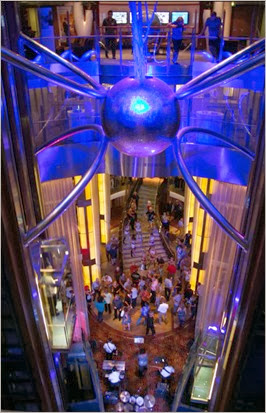 The cool thing is that we were on the same ship, the Celebrity Eclipse, a magnificent ship in every way.  We spent three weeks on the Eclipse in the Spring and got to know a lot of the staff on board.  and were hoping to catch up with several of our friends we had made in the Spring.

We got settled in and began checking out the ship once again. Yep everything looked just as grand as the first time onboard in the spring. We finally got to our stateroom, unpacked for the two week journey and were underway at 4:30 p.m.  I have to tell you, LaDawn and I took our first cruise last Fall traveling the Mediterranean and I fell in love with the experience. This cruise would be our forth and I couldn't wait!

Catching Up With Old Friends and Making New Ones.

It’s kind of fun walking the decks and a few of the ship’s officers and staff recognize you from the Spring cruises.  Sue Denning, Cruise Director for the Eclipse spotted us in our regular third row seats right away during the opening night performance. We caught up with Sue after the show and had a great reunion visit with her.

One of my favorite things about cruising is just meeting and visiting with the other passengers on board and sharing travel experiences with them.  Everyone has a story about work, family, children, travels… and it’s just so pleasurable to visit with new acquaintances.  There is no reason ever to be lonely on a cruise ship, that’s for sure.

As we pulled out of port the wind was picking up.  As we were heading to dinner I spotted a few of the cruise staff strapping down the deck chairs.  I had to ask.  Yep, my suspicions were confirmed with their answer. It was going to be a rocky next few days.

Just how rough was it you ask?  That evening as we lay in bed you felt that you were lying not in a nice comfortable bed, but a swing hammock as well;~)  By Day 2, folks were queuing up outside the medical officer’s office seeking a little relief.

The waves were hitting at 15 feet, winds of 60 MPH, gray, cloudy and temperatures only in the low 50’s so it also felt quite cold.  The seas were indeed rocky and even with the ship’s stabilizers running at “full tilt boogie” everyone on the ship, including the staff, looked like a drunken sailors walking the decks.  They even drained the pools because the waves were rocking the ship so much.

Thankfully the waters and winds began to calm, the sun trying to break thru those stubborn, gray clouds by about the fourth day at sea and everyone was getting back into the spirit of enjoying themselves in no time.  Temperatures have warmed up considerably reaching the low 70’s.  Take a peek at the navigational map below – like I said – we are right in the middle of the Atlantic! Of course the good news is that we are also traveling into much warmer waters as we approach St. Martin’s.

Life at sea is not just a great way to relax with a good book although that’s at the top of many cruisers list.  It’s also a great way to participate in activities that you may not regularly do back home. During our first 6 days at sea, we had taken maximum advantage of the on-board activities and amenities.

LaDawn and I both enjoy the speakers that present each day on topics from how to be a stand up comic – one of favorites – to 20th century history lectures. The evening entertainment on-board the ship range from musical performances to comedy routines by performers that easily bring tears to your eyes. Add to that the big production extravaganzas and the time really passes quickly. 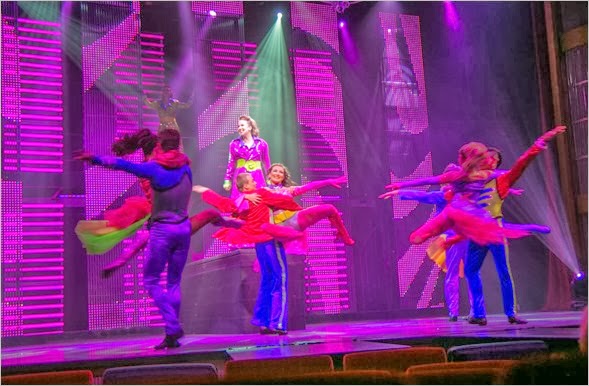 We make landfall and our first port early Tuesday morning.  It will be the first land we have seen after being at sea for 8 straight days. But I have to tell you, there is still something very romantic about crossing an ocean by sea just like our forefathers did so many years ago.  I know we are on a luxury cruise liner. but still the fact that we crossed on water is much more exciting that flying that same distance.  My thoughts anyway.

Hey gang, that’s going to it for today.  I’ll plan to check in with everyone next week and give you the latest updates before we finally arrive at port in Fort Lauderdale, Florida next Saturday.  Have a great rest of the day in whatever part of the world where you may be reading this and I’ll see you soon.