Seeing The Magic Happen For The First Time - Amazing! And Time For Commitment!

I’m back again today with Part 2 of my ASP Thesis: A Visit By A Friend.  This section covers my early days as I first began to develop my interest in photography, how I transitioned from Engineering, and finally made my full commitment to photography. Hope you enjoy the read.  -David

Seeing The Magic Happen For The First Time - Amazing!  A Visit By A Friend – Part 2

The breeze had slowed quite a bit as he talked, and a squirrel joined two birds at the feeder. He continued, “You know, I still remember my first big thrill in photography. My dad had experimented with photography as a young man and I thought I should give it a try too. So a friend and I, both of us fifteen years old, decided to try to print our own pictures from negatives we found in our families’ photograph albums. Our ‘reference manuals’ were 1939 Ansco and Kodak booklets that I had found with my dad’s old photo supplies. These obviously were not the most recent editions currently available - it was 1964 but the basic information was still the same. 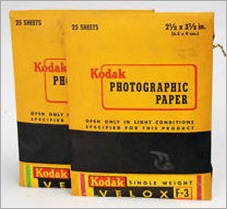 “I ventured down to my local camera store and purchased a quart can of Dektol developer and a 25 sheet pack of 2 ½ x 3 ½ Velox printing paper. That evening, long after the sun had set, we set up our ‘lab’ in my friend’s kitchen with ‘Tupperware trays’ and the chemicals we purchased earlier in the day.

“With lights out, we carefully placed a negative, they were quite large prior to 1964 - no instamatics at that time you know, onto a piece of our precious printing paper. We ‘critically’ timed the exposure by quickly switching the room lights on and off - what precision - and placed this still white piece of paper into our special elixir to watch the magic happen. The seconds seemed like hours but finally the faint ghosting of an image started to appear. Our hearts were racing. The positive image continued to build and about a minute later it looked great. As our ‘manuals’ had instructed, we moved the print into our diluted ‘Heinz vinegar’ shortstop for a few seconds and then into the fix. We hit the light soon after and looked with astonishment and amazement at our first print!

“My adventure continued as I continued to experiment. My first ‘enlarger’ was a ‘Kenner Give-a-Show’ projector that I ‘borrowed’ from my sister. I just cut out ‘Mickey Mouse’ from the cartoon panel strip and taped a favorite negative in Mickey’s place. It worked. Adding an aperture card to the front of the lens even improved the sharpness,” he chuckled, and then said, “My experimenting continued and so did my enthusiasm.”

As I listened, I knew his background was not in photography because I had seen his Physics degree and Engineering degree hanging on the wall in his home. So I asked him how and when he made the transition into photography. 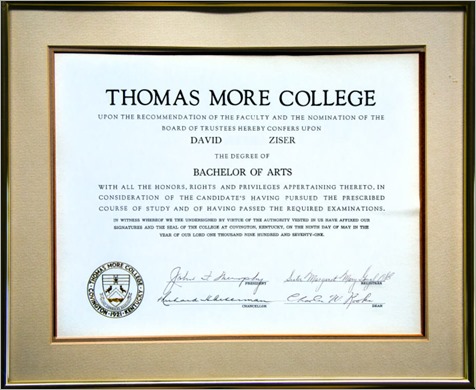 He answered, “You know, all through college I studied to be an engineer but always used photography to pay the tuition, rent, and buy the books.During my college days, I was also involved in yearbook photography and custom lab work with the two biggest school operations in Cincinnati and Dayton, Ohio. 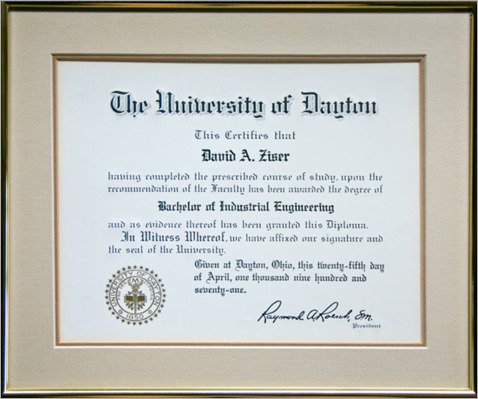 “For three years after graduation I worked as an engineer. I spent the following four years working for myself as an engineering consultant throughout the state of Ohio. During this period I always had a lingering love of photography. Near the end of 1978 I was involved in a large consulting project which was just reaching completion. Within that same time period, working as a part time professional wedding photographer my assignments were increasing to the point where I needed to reconsider my part time status as a photographer. In October of that year, after a great deal of consideration, I decided to make a career change. 1979 was my first year as a full time professional photographer.”

I  Finally Made A Real Commitment To My Future 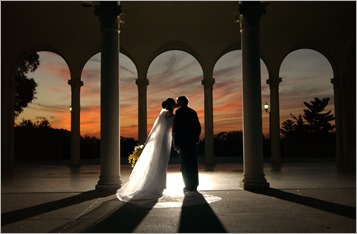 He continued more emphatically now, “I was talking about my future - my investment of time and effort in myself. This decision meant much more than just deciding to go ‘full time’. It also had to be my commitment for my studio and to all my clients that we would constantly and energetically strive to produce the finest photography and best service available…. without compromise! 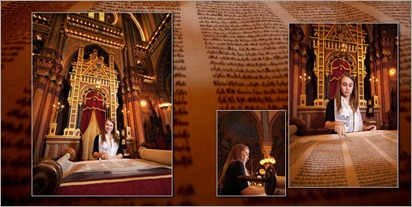 “When I started, we offered primarily wedding photography and four years later added Bar Mitzvahs to our repertoire. To this day our photography is 90% Weddings/Bar Mitzvahs and 10% Portraits.

“Regardless of what we did, I only wanted to offer the best for our clients! We have never strayed from that concept.”

“How did you prepare yourself for that commitment?” I asked.

“I knew the basics of photography,” he answered, “After all, I had been involved in it for fourteen years in one capacity or another. But since I had made my commitment, I knew that I was going to have to improve my images. My current photographs did not ‘sing’ to me. They were just the ordinary images you see everyday.

“I felt I needed something new and some additional input, so in 1979 I started attending every single seminar, workshop, and convention that I could. I would listen to the best photographers in the field and study what they were teaching, and learn what they were doing. I relentlessly pursued this course of action and methodically monitored my results.

“There was one pitfall to this strategy though. Copying the masters only makes you a master copier. That is not what I wanted for myself. I wanted a blending of their style and technique with my own creativity in order to produce a style entirely my own. I wasn’t looking for the recipe to make their soup. I was looking at their ingredient list, maybe varying some of the amounts, and adding a few of my own spices. The final broth would be my own!

“This whole thought process and action helped me distill one of my basic tenants about this profession which, simply stated, is this: ‘It’s the Difference that Makes the Difference!!!’

“Think about this for just a moment. Sameness is boring, stagnant, not growing. Sameness breeds frustration, mediocrity, and eventually contempt for what one is doing. Look at how many photographers don’t photograph weddings anymore and proudly proclaim it. Such a proclamation is simply an admission that they were failing to grow in their wedding photography.

“There are two losers when this happens. One, of course, is ourselves, the other is the client!

End of Part 2: Food For thought!

Hey gang, that’s it for me today.  Plan to stop by tomorrow where I’ll be kicking it up a notch in the next installment  -  my ASP Thesis.

Announcing my 2010 Success Collection! http://digitalprotalk.blogspot.com/2010/05/announcing-my-2010-digital-wakeup-call.html
Posted by David Ziser at 6:00 AM